Pinpointing the Perfect Book Gift for Your Valentine 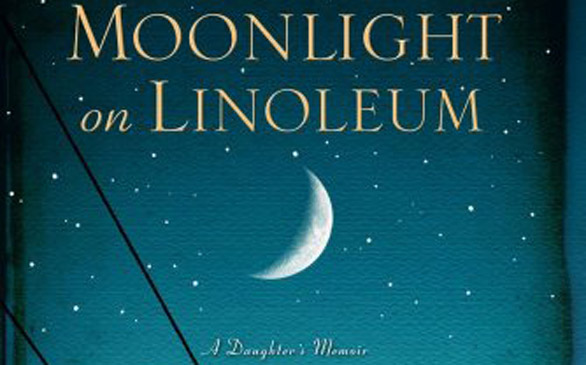 Moonlight on Linoleum by Terri Helwig follows a young girl struggling with a chaotic life.

Written by the wonderful Charles Portis whose books found themselves in the spotlight again after the Coen Brothers’ True Grit wowed at the box office, his novel Masters of Atlantis deserves equal attention.  Satirical and sly, the story of an average man spearheading a cult based on the forgotten city of Atlantis provokes and amuses in equal measures.

If you can’t take your beloved on a lux getaway, why not gift him or her with Patricia Schultz’s 1,000 Places To See Before You Die?  Bursting with information about little-known spots like Croatia’s Plitvice Lakes National Parks, this book has the power to ignite the dreamer in us all.

Writing from a place that’s sad and true, Pamela Steele illuminates her characters from within in her novel Greasewood Creek. Set in hardscrabble ranch country, the rough and tumble life of Avery and the family she surrounds herself with makes an indelible impression.

Personal and stunning, Hicks Stone’s Edward Durell Stone: A Son’s Untold Story of a Legendary Architect, works on many levels.  The intimacy draws you in and the thoughtful intelligence of the writing provokes interesting questions surrounding fatherhood and art.

Chuck Klosterman fans will rejoice in John Jeremiah Sullivan’s Pulphead.  This collection of essays bubbles over with witty riffs on the high and low of American culture.

Insightful and playful, Luck and Circumstance by Michael Lindsay-Hogg recounts a personal story of growing up amidst British Royalty and cinema glitterati.  The author tells tales in Zelig-like fashion about the likes of the Beatles, Orson Welles, Humphrey Bogart and Henry Miller.

Timeless, wondrous and full of spirit, J.M. Barrie’s classic gets the deluxe treatment in The Annotated Peter Pan.  Packed with forgotten ephemera and perceptive insights by Maria Tatar, this edition just might win you the heart you desire.

Dropping the whole Internet dating schtick on its head, Rachel Bertsche decides to look for a best friend instead, in MWF seeking BFF.  Anyone who has moved or even just grown apart from long time buddies will relate to the funny and sometimes awkward circumstances that ensue.

Reminiscent of the phenomenal memoir Cherry by Mary Karr, Moonlight on Linoleum follows a young girl struggling with a chaotic family life.  Terry Helwig’s honesty and clarity make this sometimes sad story impossible to put down.

Inspirational in the best way, Laura Schroff and Alex Tresniowski’s The Invisible Thread tells the remarkable story of two strangers who become unlikely friends.  Eleven-year-old panhandler Maurice Maczyk’s simple request for spare change transforms both him and Schroff in ways neither of them could have imagined.

A baseball book for true believers and surprisingly, a wonderful read for those without faith in baseball, The Art of Fielding by Chad Harbach hits an easy homerun.  Touching and true, this first time novel accomplishes the rare feat of getting under your skin.

One of the year’s best books, The Night Circus by Erin Morgenstern enchants from page one.  A love story that reinvents the genre, this novel will make you swoon.

Inspirational in the most ironic sense while still managing to be sincere, It Chooses You illustrates one author’s struggle with writer’s block.  Instead of beating her head against a wall, Miranda July recalibrates and crisscrosses Los Angeles interviewing average people who have advertised in the PennySaver, allowing their stories to transform her.

For those who like their thrills and chills served up from faraway places, Ian Rankins The Impossible Dead will not disappoint.  This Scottish writer’s take on police corruption does not let up from beginning to end.

In Wild Abandon, English author Joe Dunthorne follows up his hit debut, Submarine, with another hilarious yet poignant tale of familial dysfunction, this one set in a past-its-prime utopian community in South Wales. Nick Hornby named it his favorite book of last year. –Mike Sebastian

In Physics on the Fringe, science writer Margaret Wertheim paints a fascinating portrait of Jim Carter, a former gold miner, who proposed a completely new approach to physics without any formal training. Carter is just one in the emerging field of “outsider science,” lay thinkers who are challenging accepted wisdom through backyard experimentation. –Mike Sebastian

In The Anointed, Randall J. Stephens and Karl W. Giberson explore the Evangelical movement to find out how high-profile, unqualified experts such as Ken Ham, founder of Answers in Genesis, come to define the group as a whole with an anti-intellectual platform, while its more diverse and tempered members go unheard. –Mike Sebastian

Most famous for the Lemony Snicket series, Daniel Handler is a man of many other talents.  His latest work, Why We Broke Up, focuses on affairs of the heart and features gorgeous illustrations by the fabulous Maira Kalman.

For everyone drawn to and wary of new friendships, Valerie Frankel is the writer for you.  Four of a Kind explores the unlikely connection of four very different New Yorkers.

One of the most vilified and misunderstood figures of the twentieth century, Aleister Crowley finally gets his due as the strange and brilliant thinker he was thanks to Aleister Crowley: The Biography. Author Tobias Churton was granted unprecedented access to the philosopher/occultist/mountaineer's personal archives.
-Mike Sebastian

From Dickens’ famous opening line, “It was the best of times, it was the worst of times…”- which resonates now as much as it ever did - to the last thrilling twist, A Tale of Two Cities is a novel that entertains and resonates through the centuries.

Our First Lady of Comedy, Tina Fey, knocks our socks off every week with 30 Rock and still manages to find the time to write the terrific Bossypants.  We find it very hard not to hate her, but somehow we can only love her even more.

Writer and astute observer of the human condition, Penelope Lively does it again with How it All Began.  Spinning a tale of connections and misconnections, this novel will ensnare you from the very harsh beginning to the thoughtful end.

English in the best possible way, Julian Barnes’ The Sense of an Ending won the 2011 Man Booker Prize.  This novel follows the unpredictable path of a man whose life had seemingly settled, only to find out that life has a few more surprises in store for him.

Bursting with the allure of friendship crossed with the smell of danger, Friends Like Us by Lauren Fox works like a mirror, reflecting the relationships that we all live.  Focusing on two best friends threatened by the possibility of one finding love, this novel will absorb you into the night.

With grace and insight, Ruth Reichl explores her mother’s life in For You Mom, Finally.  Both sad and touching, this very specific daughter’s take on her mom’s struggles with life’s sacrifices ends up illuminating the quotidian bond of parents and children.