Preppy is Back: And So Are the Left Breast Logos 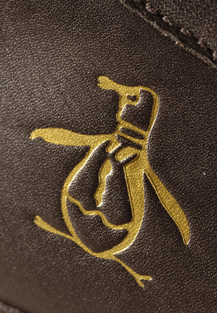 And some beasts are roaring back to the left breast after years of hibernation.

The preppy revival has unleashed a stampede of animal insignias on men’s polo shirts, not to mention button-downs, jackets, hats, belts, shorts and shoes.

For guys not given to overt fashion statements, these creatures don’t just leave trendy tracks.

They speak – or roar or whinny or purr – for the man within.

Case in point: Polo Ralph Lauren’s pony instantly evokes the aspirations of the men who wear it as well as the man behind it. The son of a house painter, born in the Bronx as Ralph Lifshitz, Ralph Lauren not only redefined himself but also the markings of good breeding and taste, marketing them as something one could acquire with effort and enjoy with ease. That very American notion might explain why the pony never rode into the sunset, even in the slacker years.

But while some of these logos are pure preppy, some of the newer ones poke fun.

Here is a logo decoder, to help you choose your mascot wisely:

Logo: Crocodile – representing the nickname of the icon’s founder, an athlete with an appetite for risk.

Lore: In 1923, tennis star Rene Lacoste of France wagered an alligator suitcase on the outcome of his Davis Cup match in Boston. He lost, but his manager quipped that he fought like the reptile. In France, alligator mutated to crocodile, and when Lacoste decided to manufacture a tennis shirt in 1933, guess what it sported? The company says the croc on the left breast was the world’s first external logo.

Lore: In 1955, salesmen for Munsingwear stumbled upon a penguin in a New York taxidermist shop and flew it to their next meeting in Los Angeles. A mascot was born. Emblematic of its unlikely coolness, Penguin’s first celebrity endorsers in the 1950s were Bob Hope and Bing Crosby, who accepted the shirts for their golf classics and starred in Penguin TV ads.

Hip Factor: After a dormant period, the egg-shaped icon warmed hipster hearts to become a hot seller in Barneys New York and Fred Segal stores. A denim line debuted this spring with no logo, in line with the brand’s insider appeal.

Lore: From its inception in 1977, Le Tigre was irreverently conceived as the American alternative to France’s reptile.

Hip Factor: Less exposed than some of our other featured creatures, Le Tigre rebounded last year after a long nap. Mischa Barton and co-stars have worn the tiger on "The O.C."

Fashion Focus
Financial Tips for Getting The Most out of a Shopping Spree
1,104 views

Fashion Focus
How to dress post-pandemic? Just do you.
992 views

Fashion Focus
Summer’s coolest dress is an instant classic. OMG, did you see this?
704 views

Fashion Focus
Fashion after herd immunity, or what to wear to the post-pandemic party
406 views

Fashion Focus
Forgotten how to get dressed up during the pandemic? Our guide to the basics
430 views
bid=||