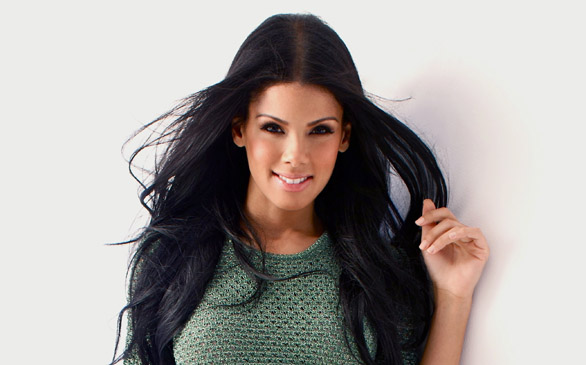 Is she the future of urban merengue? I believe so. Sohanny, 26, is rising and doing so in a prominent fashion within the music industry.

"I am so ecstatic with everything that has been going on," Sohanny humbly states. "I have two nominations this year for the most prestigious awards show in Latin America. I am the only Dominican female to be nominated this year."

She found out about the recognitions through a phone call from her manager. "I was in shocked. I was in awe," she admits. "And two seconds later I had tears rolling down my eyes."

Sohanny, who currently resides in Los Angeles, delivered "No Es Normal" featuring Fuego. The song has reached immense popularity and positive reviews throughout the Americas, particularly for its contagious sound and playful, romantic and sexy lyrics.

"This has been a life changing song for me," she confesses. "It has been amazing to see it grow...the collaboration with Fuego was amazing."

But the upcoming event is the only thing on her mind.

Premio Lo Nuestro is where the Latin culture gets to shine and be exposed to millions of people everywhere. Sohanny, who is known to dress remarkably well, stated she will be sporting classy, sexy, and conservative attire. What could it be? We will soon see, but just know is getting fitted at the Big Apple.

The show airs Feb. 16 on the Univision network, starting with the red carpet at 7 p.m. PT.

What is next for this jewel? "I am getting on the road for a tour; I cannot wait until I'm one-on-one with the fans," Sohanny declares. "We are thrilled."

For more information on other nominees and Premio Lo Nuestro, click here.