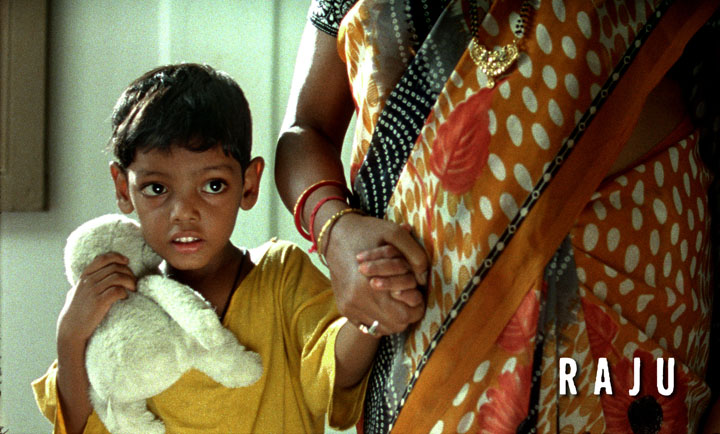 To the movie-going public, short films are the equivalent of fine dining’s amuse-bouche-- which, in case you haven’t fallen victim to a food reality TV show addiction-- means a single, bite-sized hors d’oeuvre. They’re artsy creations made to serve as distractions while you wait for the main course, and even though they’re small, they seem awfully complicated to eat, not to mention suspiciously pretentious just by the sound of it. Bring out the lamb chops already.

However, the movie-going public also made a $75M-sequel to Ghost Rider possible, in which a leather-clad Nicolas Cage rides a flaming motorcycle as his human head gradually turns into a flame retardant skull. Thanks to the first movie’s box office success, he will be coming back to a theater near you. So as you pause for reassessment about everything you thought was right in the world, why not reconsider the short film genre? Sure, you’ve only seen them during the previews of feature length movies, but unlike dollops of foam pretending to be food, shorts are actually pretty worth taking in on their own. Ignored, you’d be missing out on some great cinematic works.

The Oscars divide the Short Film genre into three categories: Animation, Live Action and Documentary. This year’s nominees are all stellar in their own right, but some of them are definite stand-outs.

My favorite of the animation category, the 17-minute entry was inspired by Hurricane Katrina, Buster Keaton, The Wizard of Oz and a healthy amount of book-lovin’. Directors William Joyce and Brandon Oldenburg tell an adorable tale of a writer displaced in his own tragedy-stricken town to live in a house filled with books-- ones that can play the piano, perform musical numbers, and, you guessed it, fly. The Fantastic Flying Books of Mr. Morris Lessmore is both funny and touching, especially for those who appreciate the art of story-telling.

Short and sweet, leave it to Pixar to make a beautiful film that will make you “ooh” and “aah” like a snotty-nosed wide-eyed kid. La Luna tells a whimsical fable about the coming-of-age of a young boy under the most peculiar circumstances. The almost seven-minute short takes us on along for the ride the first time his father and grandfather take him to work on an old wooden boat. The boy then discovers the family’s intriguing line of work and has to decide: should he be more like his Papa or Grandpa? Nothing short of enchanting, La Luna is just what you’d expect of director Enrico Casarosa, whose past work includes familiar charmers like Ratatouille and Up.

Although the religious title may stir up memories of those painfully early mornings spent sitting through an hour of spiritual enlightenment in your Sunday’s best, Pentecost is actually a lighthearted story about a boy who has some playful mischief up his sleeve. Damian’s passion is football, but his strict Catholic parents would prefer him to be a well-behaved altar boy. Writer/director Peter McDonald’s short film is a laugh-out-loud, hilarious take on the classic struggle of pursuing your heart’s desires at the expense of your parents’ dignity.

Raju is a deeply touching drama about a German couple that adopts an Indian orphan in Kolkata. Four-year-old Raju suddenly disappears, and soon his new parents find out that there is a larger societal issue that they have unknowingly become a part of. The film exposes a problem that would otherwise remain unheard of in this part of the world if not for thoughtful storytellers like director Max Zähle.

The Tsunami and the Cherry Blossom
Documentary, Japan/USA, 39 min.

We saw the devastation caused by the tsunami that hit Japan through television, photographs, newspapers and blogs early last year. However, the story feels more real when told by the victims themselves. Filmmaker Lucy Walker captures a horrible tragedy and turns it into a poetic piece of cinema. Your heart will break from the frightening clips, but in the end you’ll walk away somehow more hopeful after witnessing an absorbing portrait of the spirit of the Japanese people.