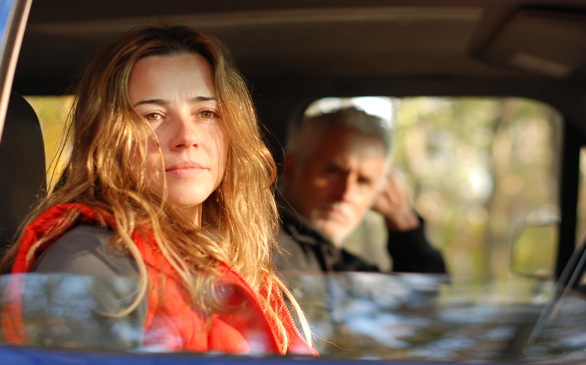 Directed by Liza Johnson, Return deals with the effects of a woman's return from war and the issues she faces while trying to adjust back into daily life.

Kelli, played by Linda Cardellini, gets a warm welcome back from family, friends and co-workers only to find herself struggling with the transition, made worse by a husband who cannot understand what she experienced during the war and just wants her to be “normal.” In addition, she must reassume her role as a mother to two children whom she had so longed to see again, only to be overwhelmed by all of their daily routines, activities and desire to reconnect.

Set in a small town in Ohio hit hard by the recession, Kelli remains the focal point throughout the entire film, as the toll of her daily struggles play out in a very subtle way. You wonder if she is suffering from a sort of post-traumatic stress, or the guilt that she is a survivor.

The film at times feels a bit slow, but the story is one that needs to be told. Many times these return-from-war stories focus on men and how they express their emotions with rage, drug addiction and sadness. Conversely, women are expected to easily slip back into their roles as mothers, wives and daughters. This story is a unique look into the everyday life of a woman warrior’s return.