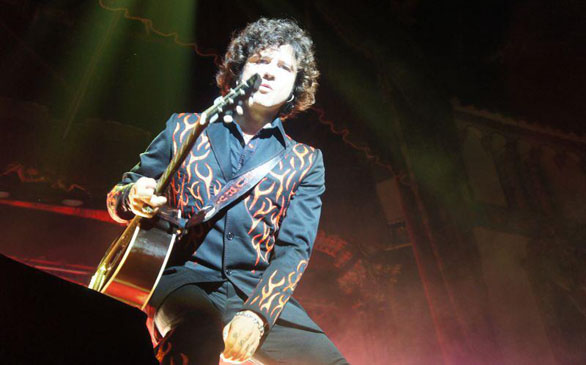 After becoming a Spanish-language sensation as the lead singer of Heroes del Silencio, Bunbury recently released Licencido Cantinas (Licensed Taverns). Filled with 15 fresh tracks, this album is nothing but a true musical beauty. It is romantic, upbeat, mellow, exciting and culturally diverse, containing a mix of genres that include rock and cumbia (of Colombia), as well as the sounds of the resonating instruments used to produce the beats.

One of the more notable tracks is “El Solitario (The Lonely One).” The lyrics detail the story of a so-called lonely man who is drunk and writing in his journal while traveling. The electric guitar is a prominent presence throughout the song, but it’s the cumbia rhythms that reign supreme in this up-tempo tune.

Other listen-worthy songs include “Odiame (Hate Me),” “Vida (Life),” and “Cosas Olvidades (Forgotten Things).” No matter what musical genre you’re a fan of, you really cannot go wrong with this record.