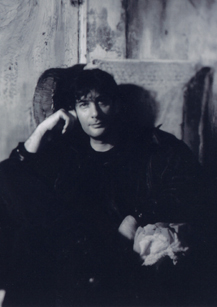 Untitled Document Neil Gaiman, author of the cult DC Comics series Sandman and his frequent collaborator, the graphic illustrator Dave McKean, were approached by the Jim Henson Studios and asked to create the next generations of The Dark Crystal and Labyrinth. The result of their collaboration, MirrorMask, probably won’t achieve the cult status of Henson Studios’ earlier creations, but will become a fixture amongst CGI aficionados. A film that visually defies explanation, MirrorMask is a piece of celluloid that belongs in a museum, not in a theater.

Helena (Stephanie Leonidas) is a 15-year-old who desperately wants to run away from her family circus and join the real world. Her plans are thwarted when her mother becomes ill and the young girl finds herself in the Dark Lands a fantastical world populated by floating giants, ravenous sphinxes, and sensitive books that fly back to the library when insulted. All are born from her sketches, which are really McKean’s drawings. Fans of the illustrator’s work will be delighted at seeing his 2D creations come to 3D life.

However wonderful the images are, we never really connect with Helena and the film becomes a mere anticipatory event where we sit in our chairs waiting for the next scene and phantasmagorical rendering. This is not a movie in which the filmmakers become too enamored with CG to care about plot (i.e. this isn’t Jerry Bruckheimer’s MirrorMask), it’s clear that Gaiman and McKean, both with daughters of their own, deeply love Helena. Rather, the story itself – of a young girl trapped in a dark/light world governed by evil and benevolent queens, while an evil version of herself reeks havoc – feels like a children’s cinema cliché. It’s a long, strange trip with beautiful scenery, but look down and you’ll see a yellow brick road.