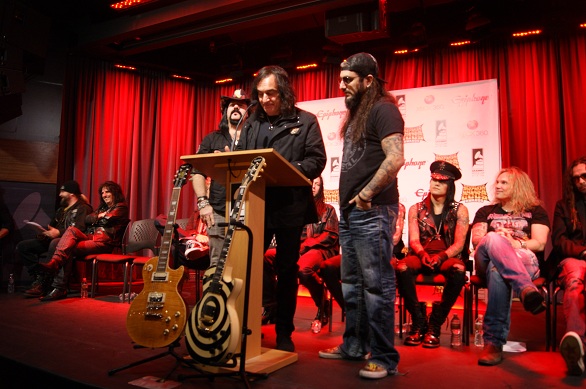 On hand to reveal the nominations for the fourth annual Golden Gods awards were famed Metal Greats including Alice Cooper.

This years show promises to be bigger than ever and coincides with the Grammy museum's first of its kind Golden God exhibit that celebrates the Metal genre. Also attending to donate a historic piece of metal history was Wendy Dio, wife of the late Ronnie James Dio, who brought the hand-written notes to his masterpiece "Holy Diver" to be put on display.

The Golden Gods will take place wednesday April 11th at Club Nokia and will be broadcast on X-Box Live as well as the X-Box and Revolver Facebook pages.

The Golden Gods: History of Heavy Metal exhibit will open April 11th at the Grammy Museum at L.A. Live.