LACMA's "In Wonderland: The Surrealist Adventures of Women Artists in Mexico and the United States" 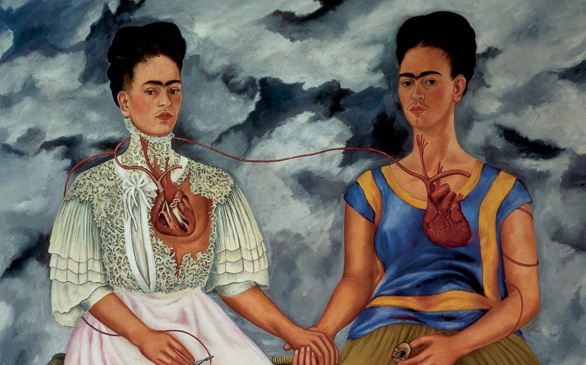 The lengthy title of LACMA’s newest exhibit is a bit intimidating at first, and perhaps it should be. After all, the featured artists revolutionized a male-dominated movement at a time when women were only supposed to play muse and be able to answer the age-old question, “What’s for dinner?”

The movement is called surrealism, and the year was 1924 when André Breton, a French writer and poet, coined the term in his Manifeste du surréalisme. Influenced by Freud, surrealists expressed creativity of the imagination free of reason and convention. Simply put, it’s stuff that dreams are literally made of. But as Salvador Dali painted melting watches and Max Ernst worked headless female bodies onto canvases in Europe, across the pond female surrealists explored their own –as you can imagine—unique subconscious. The results are nothing short of awe-inspiring.

The promise of wonder and adventure comes to fruition by way of 175 works by 48 artists. As you walk into the exhibit, you will be transported into the dreams and nightmares of the women of the arts from the 1930s through the 1970s. The familiar face of Frida Kahlo will greet (or sneer at) you through her varied self-portraits.  You’ll see Sylvia Fein, whose husband served in World War II, as Alice in Wonderland in a lonely tea party of one. Remedios Varo, a Paris-based Spanish artist who moved to Mexico during the Nazi occupation, will creep you out with her depiction of a woman in front of a building holding a ghostly head, in a painting titled “Woman Departing from the Psychoanalyst’s Office.”

Surrealism for women was about identity and self-discovery. However, the dark, sometimes macabre nature of their works (even the wisecracking ones seep with slyness) provokes an insatiable desire to get inside their ravenous minds. The exhibit permits you to revel in their works, and provokes the questions: What kind of freedom did they want? What did they think of society’s degradation into a second world war? Or an amateur in the art world might ask, what are women’s breasts served on a dinner plate trying to say? The exhibit can be overwhelming, for each work deserves careful reflection. You might not get to fully grasp all 175 of the pieces, but one thing’s for sure: those women definitely had more than dinner in mind.

"In Wonderland: The Surrealist Adventures of Women Artists in Mexico and the United States" is showing now through May 6 at the Los Angeles County Museum of Art, 5905 Wilshire Blvd., Los Angeles, CA 90036; tickets are $20. For more information, visit http://www.lacma.org/art/exhibition/in-wonderland.

Become an active member at LACMA for 20% off AND receive 2 FREE tickets to the In Wonderland exhibit. Visit lacma.org and use code CC312.