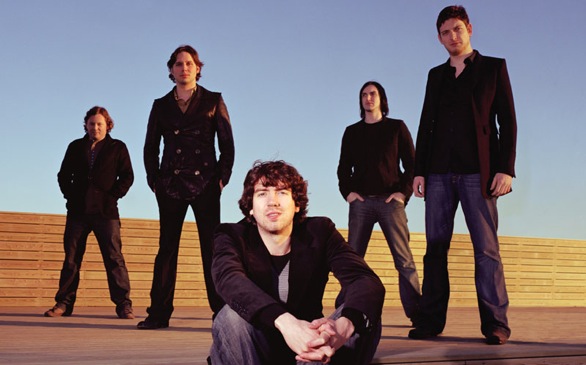 Snow Patrol’s latest effort, Fallen Empires, is an electro-pop obsessed hipster’s wet dream –and that isn’t a good thing. The album, which was released in January, sounds like something that would most likely be played in an Urban Outfitters; it’s not exactly a CD you’d pop in the car for a fun road trip with friends. Overall, the record doesn’t really offer much for the listener to enjoy, and the few standout tracks don’t make up for the lack of entertainment value from the rest of the album.

That is not to say that Snow Patrol lacks talent, but the vocalist sounds like too many other popular alternative bands and many songs on the CD sound generic. Snow Patrol’s fans will certainly enjoy the album, but from the standpoint of a casual listener or a new listener, it fails to impress. Fallen Empires is the type of CD where most of the songs run together, and it’s hard to discern which track you’re currently listening to.

That said, there is something special about Fallen Empires; it has a sort of unique pull over a listener. The songs, however generic, are soothing –maybe too soothing. Listening to the album may cause a listener to become tired, but luckily, there are faster tracks interjected throughout the CD to liven things up a bit.

If listeners are not too fatigued by the slower, sad songs, they might find great enjoyment in the faster tracks, which are the album’s highlights. “Called Out In the Dark,” title track “Fallen Empires” and “The Symphony” are among these upbeat songs.

Overall, the Fallen Empires is not bad, but Snow Patrol has released something that is, for the most part, extremely boring. The best thing for listeners to do would be to download the standout tracks on iTunes and leave the other songs for more hardcore fans. Hopefully Snow Patrol will put a bit more effort into ensuring that listeners aren’t bored out of their minds by their next release.