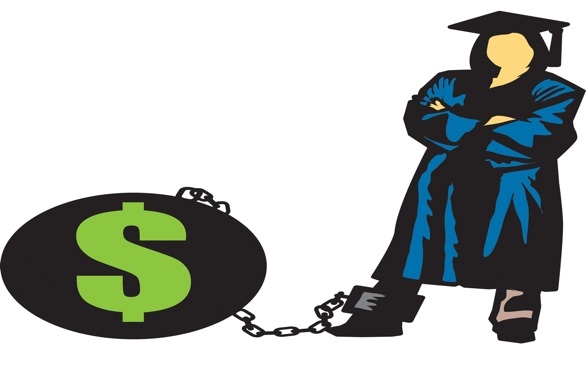 Nation-wide budget cuts have thrown the state of education into crisis. Schools have been stripped of classes, teachers and student resources. Skyrocketing tuition costs have paradoxically been accompanied by an influx of students attempting to enroll in overflowing classrooms. With the unemployment crisis, many students are finding no job opportunities upon graduation, often settling for any job they can take before they accrue interest on their loans –yet many still are forced to default. Student loan debt has even surpassed credit card debt, rising to a $1 trillion-dollar crisis. The crisis in education is a symptom of a corporate coup d’etat. For democracy to survive, education must thrive.

The education system has become a means to profit off students whom are exploited and forced into indentured servitude. The government looks out for the interests of corporatism rather than those of the American people. This destroys the motivation of a society to see any sort of achievement in their contributions, and society instead becomes enslaved to maintaining the collapsing economy, which rests on our backs while the one percent lounges atop holding the majority of wealth.

Our futures cannot stagnantly wait for a figure promising “change,” or for bills to pass while dangling in a court of endless appeals held up by corporate lobbyists and pocketed congressmen. To protect our futures, we must begin taking care of our communities ourselves.

Occupy El Camino College has brought together students, teachers and concerned community members to stand up against injustice. Hundreds of students showed up at a November board meeting to oppose cuts that will limit student’s access to counselors and hinder transfers. The looming threat of losing winter session led to the organization of a rally, led by OECC, which delayed the vote to cut this session until March 12.

Along with the movements across the nation, OECC continues to evolve from an ever-growing group of people addressing economic inequality, and has begun to strategize ways to empower our communities. For society to function people must be educated, and if resources in education continue to be stripped away, we as a society reserve the right to teach ourselves. Resources abound to meet the educational needs of student bodies and community members.

OECC has established the Student Collective College to address the void in education. The SCC is a public and free entity consisting of students, educators, and community members hosting workshops, tutoring services and documentary screenings.

The SCC is open to all members of the community seeking tools to make a stand against social inequalities, and aims to contribute knowledge to foster education.

The next workshop will be hosted on March 7 in Art 103 at 5pm at El Camino College in Torrance, CA.

March 1 is a National Day of Student Action. Stand up and fight for the survival of higher education!