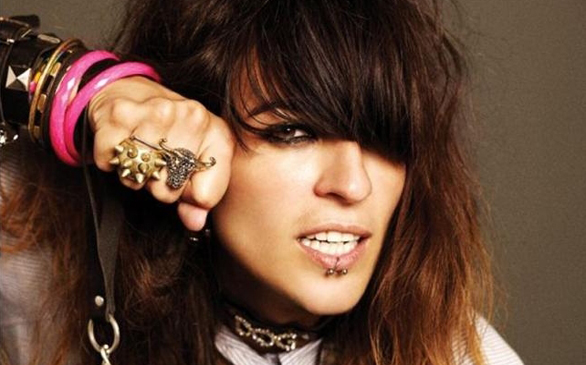 Bebe is a native of Spain.

Bebe is rather bold in her work, but she is still very “real” when it comes to her music.

Her realism provides her with prolific production, notable in her latest album titled Un Pokito de Rocanrol (A Bit of Rock and Roll). This 11-track record is beyond the ordinary, and gives us a glimpse of what Bebe has accomplished and become throughout her career.

“It has magic, and if I were to define the album in one word, it would be energy,” Bebe says in a prepared statement. “I have forgotten about melancholy; I have a lot of positive energy recuperating my dark humor. That helps me stay on my feet, to clear my mind.”

“Adios (Goodbye)” is a perfect example of how clever Bebe is musically. The tune is upbeat, and it seems ideal for any setting, from a sports event to a nightclub.  It details the failure of a relationship, citing a woman’s attempt to leave a man in what appears to be a definite move en route to happiness.

However, Bebe can deliver mellow rythmns as well. In “Sabras (You’ll Know),” she sings about the struggles of a romance. She ponders, then asks, and then re-thinks the past actions throughout the song’s entity. Bebe shines vocally in this touching track.

The most noteworthy song off the album could very well be “Mi Guapo (My Handsome).” Nevertheless, its first single is “K.I.E.R.E.M.E.,” an immensely unique example of Bebe’s nod to “rapping;” it’s very cool.

Un Pokito de Rocanrol is simply a fascinating album to possess for its presence of marvelous music, inspiring yet ebullient lyrics, and chic beats. All the songs are just superb, and it keeps you wanting more of this Spanish former Latin Grammy winner.