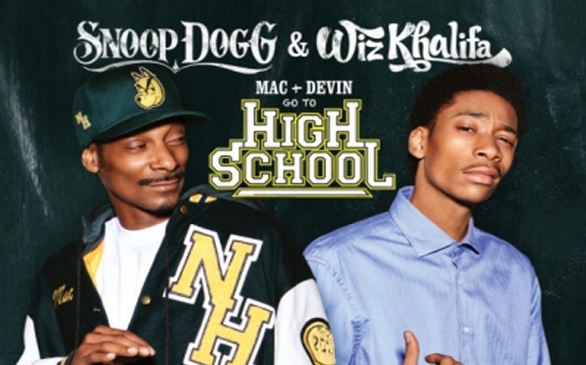 It’s rare to have the soundtrack come out before the film, but that is the case with this collaborative new effort from Snoop Dogg and Wiz Khalifa. Their album, entitled Mac & Devin Go To High School, is also the title of their upcoming film, due out later this year.

It’s clear to anyone who listens to the album that one thing is on their minds, and that thing is weed, with track titles that include, “You Can Put it in a Zag, I’mma Put it in a Blunt” and “French Inhale,” which features Mike Posner’s smooth vocals. Surprisingly, the rappers actually manage to pull 12 tracks very nicely out of a single topic.

“I Get Lifted” has a smooth flow that blends both their East Coast and West Coast musical styles. The most popular track from the album, “Young, Wild & Free,” features Bruno Mars on the recurring hook, and has an upbeat, accessible pop sound to it.

Overall, the album has a laidback vibe, and pleasantly blends these two artists together. Well-honed vocals are laid down on different tracks, giving it a rich and ambient feel. Snoop Doog and Whiz Khalifa definitely pull from their own experiences with this soundtrack, and from what we know about the upcoming stoner film, it complements it well. There aren’t any songs that stand out as a new anthem for the year, but it is a solid effort.