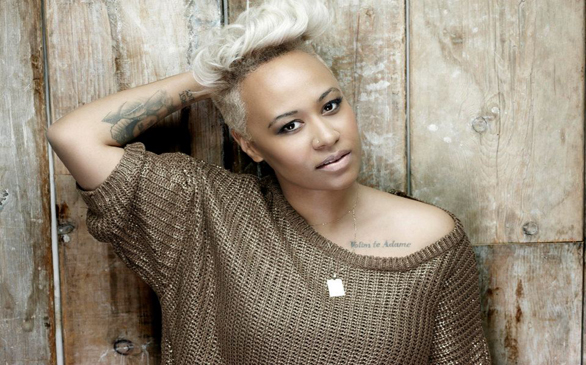 Emeli Sandé is from the UK.

Move over Adele, UK newcomer and musical sensation Emeli Sandé is showing that she can belt it out too.

Not only do the two British imports have their incredible singing talents in common, but Sandé’s given name is actually Adele, too. She goes by Emeli Sandé for artistic purposes, and the name suits her very well.

Sandé, who is roughly the same age as the Grammy-dominating singer, is the best soul and R&B recording artist and songwriter I have ever seen perform live. She is chic, energetic, pure and humble, a resplendent gem in the music industry.

In a recent performance at a rather unique venue (the Hollywood Forever Cemetery), Sandé left the audience breathless with a live musical display to remember for the ages. The seven-track show, which was her first ever in Los Angeles, was an acoustic set featuring a guitarist, percussionist, a cellist and Sandé’s soothing vocals.

Born to a Zambian father and an English mother, Sandé (dressed in a fabulously stylish black dress) showed her creative and innovative ways through the songs she performed from her debut album Our Version of Events. Her impeccable singing strongly resonated in the night’s first tune “Heaven,” a track that made me cry and filled me with inspiration and motivation.

The show continued with “Next To Me,” and she delivered an unforgettable performance. She followed with other memorable melodies, including “Climb” (written for those who dare to dream and climb despite the risks involved) and “Breaking The Law” (dedicated to her sister). Additionally, she performed “Daddy” and closed out with “My Kind of Love.”

Despite her undeniable talent, Sandé did not always intend to sing professionally. Three years ago she was in medical school striving to be a neurologist. Now, she is gradually, yet rapidly, showing the world the rich and soulful voice she possesses. She will, without a doubt, reach the highest levels of the music scene, especially because of her evident discipline and maturity even this early in her career.

Even the more famous Adele has given the rising star props. After seeing her sing on “Later…with Jools Holland,” she tweeted, “How incredible is she?” Adele is great and all, but I personally prefer Sandé’s vocal style.

Emeli Sandé is scheduled to tour with Coldplay this summer, opening a series of arena shows for her Capitol Records’ label mates.

Our Version of Events releases in the U.S. on June 5th.