NBA Competing with Soccer to Become World's No. 1 Sport 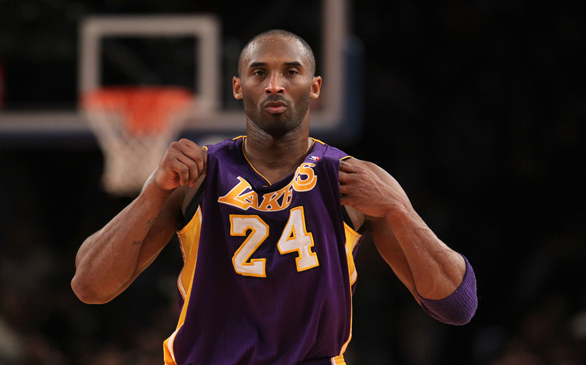 Once upon a time last fall, we media types questioned how devastating the NBA lockout would be for its fan base.

Flash forward a few months and Jeremy Lin, a once no-name rookie guard for the New York Knicks with less than two months of NBA experience, is reportedly commanding six-figures in appearance fees.

Did the NBA brand suffer? Hardly.

The popularity of the league is at an all-time high with an ethnically and numerically wide base of stars ranging from Ricky Rubio to LeBron James. Television ratings across the board are up. The NBA is buzzing on social media with over 11 million Facebook likes and four million Twitter followers. And, perhaps most important, the NBA product is being packaged and shipped to countries across the Pacific, Atlantic and Indian Oceans as we speak.

Simply put, business is booming. But the overwhelming success of the NBA brand in the face of an unpopular work stoppage sparks deeper, larger questions for the future of all professional basketball leagues. Namely this: Does the globalization of the NBA signify an end to soccer's throne as the world's No.1 popular sport.

"Anything is possible," said ESPN senior director of programming Doug White. "I don't want to say yes or no. Look, basketball is a global sport, it is definitely rising in terms of its popularity, but we also know on the other side that soccer has been a longtime global sport and been known to be the most popular sport in the world and has also shown no signs of slowing down."

And neither does the NBA.

Russia, Southeast Asia, South Africa and, of course, China are among a list of countries NBA Commissioner David Stern has his radar on. Stern said the NBA plans to work on the grassroots level with local organizers and basketball authorities in various countries to get kids involved with basketball and to focus on the healthy benefits of exercise and good health.

But anyone who has followed Stern's 28-year tenure as commissioner knows this is more than a mere goodwill mission. This is aggressive business building.

Stern is in the process of organizing exhibition games in China and Europe this year but declined to name which NBA teams would be involved.

The plan is to build the NBA brand, but other basketball leagues will indirectly benefit from the popularization of the sport.

Let me be clear on this. Soccer won't take second place to basketball overnight. The World Cup ratings will probably always outdo any Super Bowl, NBA Finals and maybe _ maybe _ Olympics games. And the NFL still will be America's top sport.

But believe you me, basketball is on the prowl to become the most popular international sport during the next 20 years.

The day-to-day culture of kids playing basketball in Mumbai, Rio de Janeiro or South Africa will increase as the NBA aggressively courts them. We could continue to see a rise in the number of international basketball players joining the NBA, which will set the stage for the sport's first real international superstar without American roots.

Going global is never a bad business move for a professional sport. And for the players, this means more opportunity to increase their brand and possibly more options and locations to compete.

The question about the bad effects of a NBA lockout is more than a distant thought, it's a distant world.