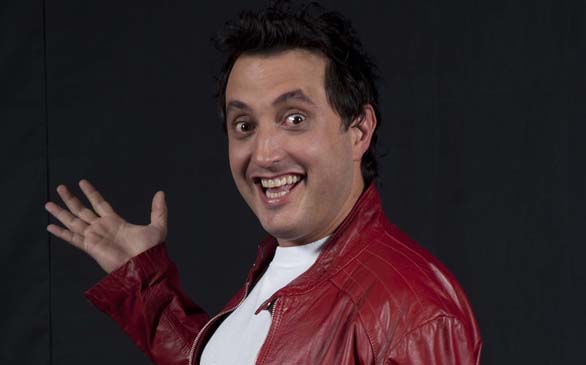 Andrés López is from Colombia.
(Credit: Courtesy of The 3 Collective)

Andrés López shines on the stage. He lights up the crowd with his smile, his charisma, and most of all, with his jokes. What makes López truly amazing is the uniqueness of his script.

The Colombian product made an appearance at L.A. Live's Club Nokia, and delivered a solid performance for the audience, filled with North Americans, South Americans and Central Americans, among others.

López visited Los Angeles as part of his tour, “La Pelota de Letras” (The Ball of Letters). The show is a subtle sociological analysis of life in Latin America, especially focusing on life in Colombia between the years 1960 and 2005. Besides having educational and family-friendly content, his work is also known for bringing together disparate generations and nationalities.

From beginning to end, he made people laugh a lot. Claps were disbursed throughout the entire nearly three-hour show. Some of the funniest moments came when López performed with different accents, including Mexican, Argentine and Brazilian.

Indeed, López depicted his comic character in the creativity he has formulated with the written piece, which is his own. It will be very interesting to see what the future holds for this gem of this theatre genre. Can he surpass the current success of "La Pelota de Letras?" Of course. His hard work, discipline and dedication will allow him to do so.