No Leprechauns, But Ireland's Pot of Gold is Waiting 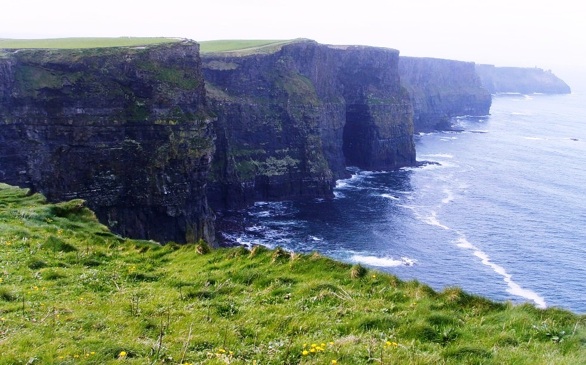 Faith and begorrah! You might think that people in Ireland go around uttering those three words at the slightest whim. The phrase means “by my faith,” but by my faith you won’t hear anyone saying it in Ireland. Nor do the friendly islanders greet you with a lilting “top of the morning to ya” at breakfast time. And sorry to break it to you, but there’s no such thing as leprechauns. There are, however, a couple of stereotypes about Ireland that are completely based in fact: The land is gorgeous and exploring it is more fun than rolling around in a barrel full of Guinness.

It’s impossible to go wrong with an Irish itinerary; there’s plenty to do and see anywhere in the country. But fly into Shannon in Ireland’s southwest and you’ll be adjacent to some of the most stunning scenery in all of Europe. Nearby to Shannon is the city of Limerick, the perfect place to use as your “hub” for a “hub-and-spoke” adventure of the whole area. Yes, Limerick is the place that gave birth to the often naughty five-line poems that you’re familiar with, and every Irishman and woman knows a few good ones. After a few pints of Guinness, the limericks tend to get bawdier and bawdier. Take for example, the following:

There once was a girlie named Mary
Who had no long skirts, nary
One was so short
You could nearly see her port
Not to mention her Ring of Kerry

What’s the Ring of Kerry? Well in the limerick it’s probably exactly what you think it is. But in reality, the Ring of Kerry is a road that loops through the Iveragh Peninsula portion of County Kerry. Pick up the loop in Killarney about 70 miles from Limerick, then plan on spending the entire day circumnavigating the peninsula while gawking at stout Ballymalis Castle near Killarney and marveling at the ancient stone circle in Kenmare. All those white dots on the hillsides of the towering MacGillicuddy Reeks mountain range? Those are sheep, and all along the Ring of Kerry you’ll find shops selling sweaters, scarves, caps and other woolen goods made from their coats. The Ring of Kerry takes you right through Sneem; the village has a funny name but it’s one of the most picturesque towns in Ireland, and at the approximate half-way point on the route, it makes for a good place to stop and chat up the locals. And of course, since the Ring of Kerry is on a peninsula, there are ocean views to be had for much of the journey; imagine the lush green hills you’ve heard so much about tumbling endlessly until they meet the deep blue Atlantic.

Other places you can visit on a day-trip out of Limerick include Ashford Castle near Galway, the Cliffs of Moher in County Clare and Crag Cave in Castleisland. The bright colors of the stalagmites and stalactites in Crag Cave are a result of iron compounds and manganese impurities seeping through limestone walls. The cave is well-enough lit during tours that you can get good pictures of the oddly-shaped underground spires. Ashford Castle is over 700 years old and once was the home of the Guinness family. Now a hotel, Ashford Castle is worth a visit even if you don’t lodge there; it’s one of the best-preserved and most spectacular castles in Ireland. The Cliffs of Moher near Doolin are one of Ireland’s most popular attractions; this is the place where Ireland comes to a screeching halt and the Atlantic Ocean, 700 feet straight down, takes over.

As you travel this area, of course you’ll get thirsty but never fear---a cold Guinness is never far away. Irish pubs are welcoming gathering spots and a good place to take an afternoon break. Even if you don’t drink, you can make some new friends, enjoy some colorful banter and probably watch some football (soccer). Many Irish pubs have live music in the evening, and there aren’t many things that perk up the nighttime better than a lively Irish sing-along.

So no leprechauns, no problem! They’ve left behind their pot of gold and it’s everywhere you look in Ireland.

To plan your visit: www.discoverireland.com