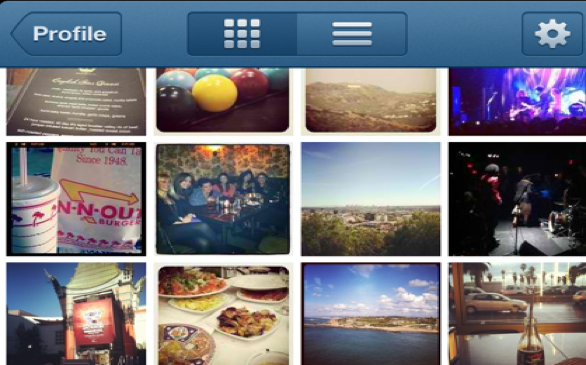 Stephanie Walker stumbled across a photo-sharing application for her iPhone while scrolling through her Twitter feed one day and decided to download it.

The “app,” called Instagram, transformed her ordinary photo into something quirky and unique. Now, she’s hooked.

“I figured I’d give it a try, and it’s growing on me,” said Walker, a senior kinesiology major at the University of Maryland. “I really like the idea that you can alter the pictures after you take them. … You can be really creative.”

This newest social media craze — available for free in the mobile App Store — allows users to edit photos taken on their smartphone cameras using a variety of filters — from sepia tones to 1970s-inspired hues — which transform ordinary snapshots into professional-quality photos. Users can then share these pictures via Instagram, as well as through their Twitter and Facebook accounts.

“I haven’t come across a boring picture yet,” said Walker. “Somebody could take a picture of a leaf, change it and it’d still look cool.”

The application launched in October 2010 and quickly gained 1 million followers in less than three months. It reached 10 million users by September and now boasts 15 million. In December, Apple awarded it “iPhone App of the Year.”

According to the company’s website, co-founders Kevin Systrom and Mike Krieger envisioned a “fast and efficient” photo-sharing service that challenged the assumption that “taking interesting photos takes a big bulky camera and a couple years of art school.” They then raised $500,000 from Andreessen Horowitz and Baseline Ventures, as well as another $7 million investment from Benchmark Capital.

The secret to the brand’s success is its marriage of smartphone technology and social media, according to Chris Harris, who teaches a digital marketing course at Johns Hopkins University. As an iPhone app, Instagram brings a unique flavor to the social media craze normally dominated by websites.

“The smartphone opens up everything,” Harris said. “We’re able to … get to where we want to be in the palm of our hands, and you couple that with the whole social media revolution, and Instagram really hit on something.”

However, everyday users aren’t the only ones latching onto Instagram — various news outlets, companies and political figures have downloaded it, too. President Obama joined the application Jan. 2, hinting at a desire to embrace emerging forms of social media as the 2012 election draws closer.

Instagram hasn’t announced plans to bring the application to the Android or Blackberry platforms, and is instead “working on making the iPhone experience as solid as possible,” according to its website.

But Harris said the company should work to expand its services if it hopes to be sustainable in the future.

“There’s almost a sense of pride that it’s available on the iPhone,” he said. “Don’t pigeonhole yourself … the iPhone is not the entire market.”

And in the fast-paced, fickle world of social media, other brands — such as Pinterest, an online pinboard where users can share photo collections using themes — could quickly usurp Instagram by incorporating some of its features into its software, Harris added.

“The chances are that there are other apps that will take the best of Instagram … and essentially add it into their offerings in the social media revolution,” he said. “There’s no guarantee that Instagram will be this popular a year from now.”

Another University of Maryland student, junior psychology major Sophie Jablonsky, said that as an avid photographer, Instagram simplifies her craft.

“I thought, ‘This is a really great way to take pictures easily and then show them to people,’” she said. “That’s one of the things that’s so great about it: You can take something completely mundane and stationary and make it into something artistic.”