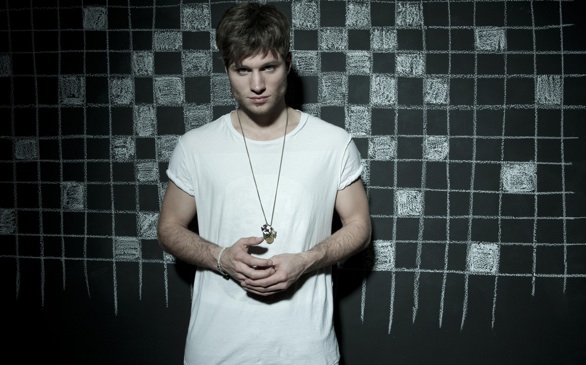 VH1 seems to be pretty good with a crystal ball; the outlet’s “You Oughta Know” franchise looks at emerging musicians and predicts which ones will become big stars, and has in the past correctly picked dozens of now-prominent artists including Adele, John Legend and the late Amy Winehouse. Now, VH1 has singled-out Graffiti6 as being the latest act that “you oughta know,” and that means that the group is most likely on their way to the big time. But there’s really no psychic ability involved in VH1’s advisement; anyone with at least one good ear can tell you there’s something special going on with Colours, an album packed with solid pop tunes powered by the soulful vocals of Jamie Scott. “Stone in My Heart” is a gospel-tinged dance track, where Scott’s vocals are multi-tracked into a soaring and slightly psychedelic cooing that starts and stops throughout the song, mimicking the status of the love relationship he’s singing about. Fellow Brit group Spiritualized has performed this type of psych/soul/pop for years without breaking into the mainstream; Scott and Graffiti6, however, understand what it takes to get on the pop charts, and load up their songs with hooks. While they have some adventurous arrangements, they don’t let things get too free-form for modern radio. “This Man” hearkens back to Marvin Gaye, and the perky and optimistic hit single “Free” also demonstrates how the ’60s soul sound can be very contemporary when adapted by the right voice. And in Scott, Graffiti6 certainly has the right voice; a good thing because it appears they’ll soon be tagging everything in sight.