Who is Jonny "The Unit" Manfre? 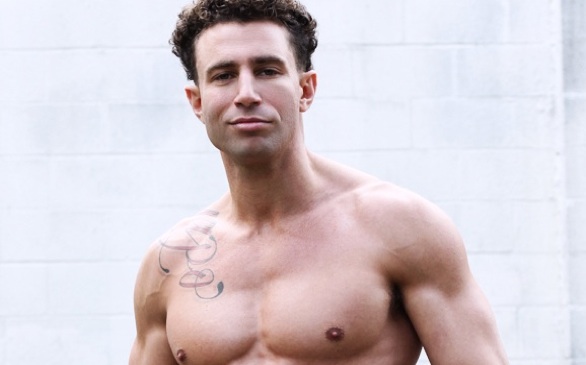 As MTV’s “Jersey Shore” started its fifth season, one name had become synonymous for “drama:” “Unit.” So who is the man behind the nickname, who supposedly is the sole witness to the infamous hook-up between Mike “The Situation” and Snooki?

We’ll let him tell you in his own words.

Campus Circle: Did you grow up going to the Jersey shore?
Jonny “The Unit”: I’m originally from New Jersey, so I was always either in Belmar or Seaside [Heights]. That was always really good times. I spent a lot of shirtless days out there, chasing down girls. That’s pretty much what we would do: working out all year long and showing it off during the summer.

CC: How did you end up on “Jersey Shore?”
JTU: I got sucked into it because of something that happened outside of the filming: the notorious hook-up between Mike and Snooki. When Season 5 was filmed, Season 4 hadn’t come out yet, so I didn’t realize my name would be mentioned so much in that season. I was just hanging out doing me, just kicking it with my boy and just having a good time, and next thing you know, Season 4 came out, and all that intrigue in that part of the storyline came out, including me. It was a pleasant surprise I’d say.

CC: So do you have plans to do more reality TV after the season wraps?
JTU: There’s certainly plans for reality TV in my future. We have some ideas going on right now. A reality show is going to happen.

CC: What do you do when you’re not filming the show?
JTU: I have a fitness project I’m working on that’s really close to being kicked off on my Web site, thinkfitness.com. The first stage of the project, which will be the e-book and the Web site, will be out probably within a month or so, and it’s going to be awesome. It’s for the “GTL” generation, the people out there that are all about working out. It’s not just ‘eat this’ and ‘drink that’ and ‘work out like this;’ it’s also a philosophy and mind-state of fitness. I’m also doing some music; I started recording hip-hop and rapping a little more than a year ago. I’m always working. From morning to night, I’m on the grind.

CC: We have to ask, where did that nickname come from?
JTU: The nickname started when I was travelling with Mike and his brother Mark, doing club appearances. You go to these towns, you meet girls, you exchange numbers, they send you pictures, you send them pictures back. We were in Minnesota, and I showed Mark [a photo of a girl on my phone], and he took a look at that, and then he scrolled through my phone, and he happened to see the picture that I was sending back to the girls. I don’t know what the hell he was looking for, but he found me! The next thing you know, we’re at a dinner before a club appearance, and there was a reporter there. She was like, ‘You’re “The Situation,” you’re “The Man” [to Mark], so what’s your name?’ And Mark was like, ‘That’s “The Unit.” He’s got a mini-baseball bat in his pants!’ And the name stuck like glue.

CC: You’re a Rutger’s graduate yourself, so any advice for current college students?
JTU: I have three pieces of advice: 1) Figure out what you want to do and go for it. When you figure it out go big. Don’t cut yourself short. 2) Don’t chase money, chase your goals. I like to say, ‘Dreams are for sleepers but goals are for winners.’ Chase your goals and the money will come with it. 3) Read Think and Grow Rich by Napoleon Hill. It made quite an impact on my life.