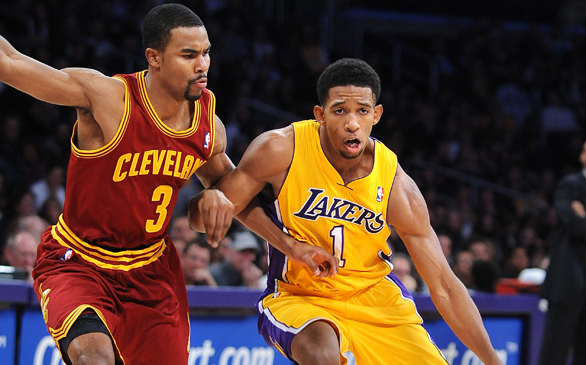 Just before the trade deadline, the Lakers engaged in trade talks with different teams. Finally, they pulled the triggered twice to upgrade their roster. For who is expected to be the starting point guard in Ramon Sessions and a young forward Christian Eyenga , the Lakers gave up a first round pick, Luke Walton and Jason Kapono to the Cavaliers. But, apparently to some, that was not the biggest trade L.A. made. The purple and gold also traded one of their team captains and veteran starting point guard Derek Fisher and a first round pick to the Houston Rockets for forward/center Jordan Hill.