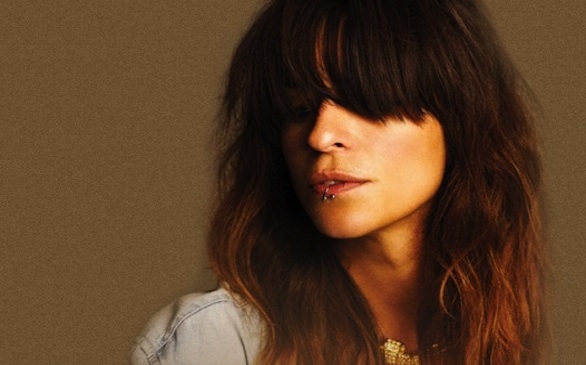 Like her or not, Bebe is here to stay. A native of Spain, the singing sensation has rejuvenated her career and is now more omnipresent than ever before.

With the release of her third album, titled Un Pokito de Rocanrol (A Little Bit of Rock ‘n' Roll), Bebe brings a lot of energy and a sound that differentiates herself from others.

“This album is very beautiful,” Bebe says. “It was done naturally. It was a very pretty and unique process making it.”

“Adios (Goodbye),” “Mi Guapo (My Handsome),” and “K.I.E.R.E.M.E.” are three of the album’s standout tracks. They are all superb melodies that depict Bebe’s growth and grand evolution in creating music. She is now at another level, one that distinguishes her far more than before.

“I chose ‘K.I.E.R.E.M.E.’ as the first single because, to me, it’s a rather joyous tune. It has nothing to do with the things I did in the past,” she declares. In this song, Bebe works wonders in a three-minute long tongue twister (well, to some extent). The track is very contagious and beyond catchy; consequently, it is a must listen to.

Bebe mentioned that lyrics for some of the songs had been written a long time ago, dating back to her production of the second album Y (And), including the track “Mi Guapo.” “It is for my handsome,” she says laughingly, while adding that she wrote it while traveling.

Like in most traditional music of Spain, the guitar is rather prominent in her music. However, Bebe’s repertoire is unique in its own way, and this is mostly due to her personal authenticity and bold perspectives on life.

The 33-year-old singer was born María Nieves Rebolledo Vila, and she has been working at her craft since 2004. Bebe received significant acclaim with her first album, titled Pafuera Telarañas (Out with the Cobwebs). In it, she released the song “Malo (Bad),” which propelled her to universal stardom, especially in Spain and throughout Latin America.

In 2005, Bebe attained significant recognition with her debut record after earning five Latin Grammy nominations –a major feat. Although she only won one award (Best New Artist), it did not define her, as she had already received worldwide recognition.

As for her advice to aspiring artists, she acknowledged that those striving to be musicians should do things as they feel in order to be successful.

“Each of them has to do what they feel inside,” Bebe recommends. “Without prejudices, each will have a chance to investigate and be more creative in their work.”

When she is not traveling or preparing for upcoming performances, Bebe spends a lot of time with her daughter. Though she admits that balancing life as a professional singer and a mother is complex at times, she seems to make it look easy, since her history of tours appears to be endless.

Currently, she is touring South America, and Western and Eastern Europe, but a tour around the U.S., which will include dates in California, is currently in the works.

“That concert was spectacular and marvelous,” she says while recalling her last performance in L.A. at the Hollywood Bowl. “It was very fun, emotional.”