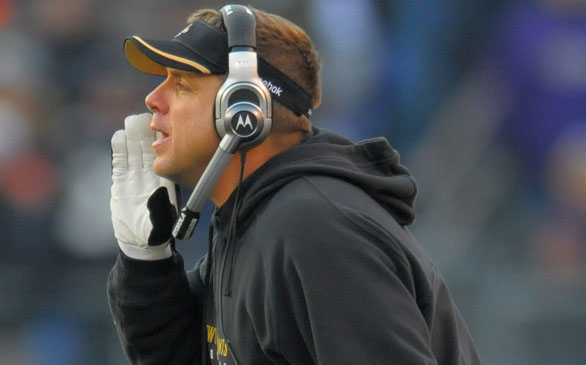 Sean Payton, head coach of the Saints, has been suspended one year.
(Credit: Doug Kapustin/MCT)

The NFL recently announced suspensions and fines to the New Orleans Saints for being involved and conducting a bounty program in their organization. Head coach Sean Payton has been suspended for one year, former defensive coordinator Gregg Williams (now with the St. Louis Rams) was suspended indefinitely, general manager Mickey Loomis was suspended for eight regular-season games, the team was fined $500,000 and lost two second-round draft picks. The loss of draft picks will take place in 2012 and in 2013. According to reports, the bounty program took place during the 2009-11 seasons.