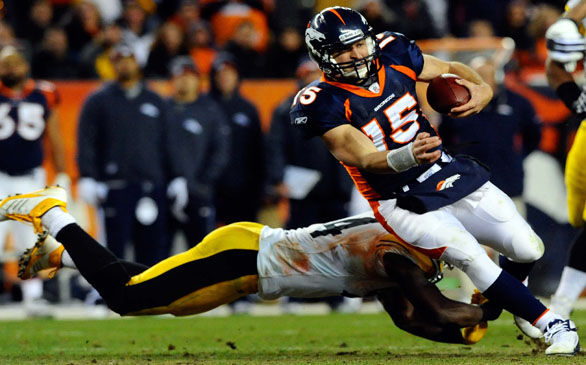 One day after signing future Hall of Fame quarterback Peyton Manning to a five-year deal worth $96 million, the Denver Broncos traded their starting quarterback Tim Tebow and a seventh round draft pick to the New York Jets for a fourth and sixth round draft pick. The Jets showed interest in Tebow, particularly for their wildcat offense.