One Direction: Up All Night 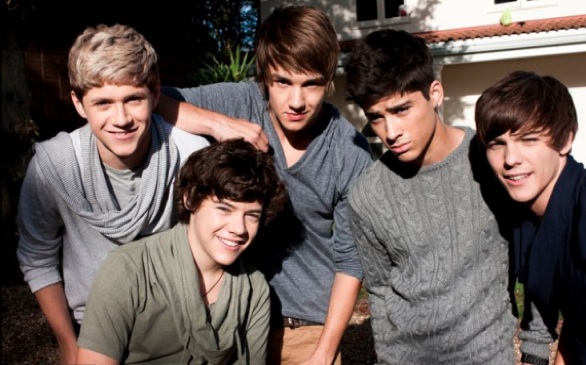 If you’ve ever been on Tumblr, you’ve most likely heard of One Direction. The British boy band is slowly taking over the Web site, where teenage girls go to gawk at them and blog about how dreamy they are. For those who haven’t heard of the group yet, you probably will soon.

The band is already breaking records. Recently, they became the first UK group to debut at No. 1 on the Billboard charts. Not only that, they also had more than 10,000 fans show up in New York for their first televised US performance. After reading about their success, you may find yourself wondering if the music is actually good. In short, yes, it is.

One Direction’s album is a fun, predominantly dance-pop album. Beginning with the track “What Makes You Beautiful,” it quickly becomes clear that there really is some sort of spark in this band’s music. The first thing you notice is that they can actually sing well. These boys aren’t Justin Bieber, and thank God for that. If there is one thing that the US doesn’t need, it’s more whiny, teenage, wannabe R&B singers. That being said, One Direction is a breath of fresh air.

Some people may think it’s embarrassing to listen to a boy band, but this is different. Many of the songs on Up All Night could very well become radio and club favorites. The pounding dance beats certainly make it difficult not to tap your feet or bob your head along to the music.

The standout tracks on this album are definitely the upbeat tracks, like “One Thing,” the title track “Up All Night,” “Tell Me a Lie,” “I Want,” “Everything About You” and “Save You Tonight.” (There are lots of upbeat tracks, obviously.) However, that’s not to say that the slower tracks are weak points at all. They are a bit awkwardly placed, but they are well written and relatable.

All said, Up All Night could easily be one of the best albums of 2012, and with all of their newfound fans, One Direction is probably going to be around for a while. If their current album is any sign of what’s to come from them in the future, it’s a welcome change. One can only hope they won’t be tainted by America’s horrible excuse for pop music.

Up All Night is available now.