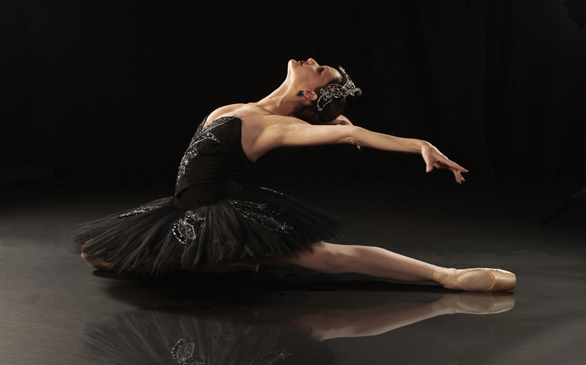 Being a ballet dancer is arduous work, but the results can be resplendent when executed well. Such is the case in this year’s production of “Swan Lake.”

Presented by the Los Angeles Ballet, an ambitious entity formed in 2006 by husband-and-wife artistic directors Colleen Neary and Thordal Christensen, “Swan Lake” has attained numerous positive show reviews thus far. With featured performances at UCLA’s Royce Hall, the Redondo Beach Performing Arts Center and the Alex Theatre in Glendale already in the books, the performances are leaving audiences in awe.

“[Working on this ballet was] extremely hard but so much fun,” alternate principal dancer Allyssa Bross confesses. “It is the hardest ballet I have ever done, definitely.”

Her hard work – along with the efforts of the rest of the dancers in the production – has not gone unnoticed. In fact, the performances have been receiving an abundance of praise.

“The reception has been phenomenal,” principal dancer Allyne Noelle says. "Everyone seems to be very touched by the story and the performances have been really full.”

“Swan Lake” has brilliant dancing, elegant costumes, a lovely touch of romance, and it contains the drama and thrills typical of its 19th century origins that propels it to be a true classic in itself. But what makes this production really stand out are the talented dancers who do justice to the well-known ballet.

Allyne Noelle takes on the roles of both the Swan Queen Odette and Black Swan Odile alongside Kenta Shimizu as Prince Siegfried. Additionally, Allyssa Bross and Christopher Revels portray those characters as well. Their performances have been decribed by critics as "flawless" and "perfect."

“This is a huge honor,” Bross humbly admits. “It is a role that a lot of little girls always dream of, so it is a big deal to be doing this ballet.”

Noelle is a Southern California native who has experience from stints at the National Ballet of Canada and Miami City Ballet. Meanwhile, Bross is from Charlotte, North Carolina and in her second season with LAB.

“To me, personally, it is a huge dream role to be able to do the lead of ‘Swan Lake,’ and it is one of those ballets that really sets the standard for technique as an artist,” Noelle shares. “It raises the bar for companies to step up and take on the challenge of a ballet of this grand scale.”

"Swan Lake" dates back to 1877, and the Los Angeles Ballet is performaning a traditional four-act production off of Peter Tchaikovsky’s repertoire of ballets.

“With its magnificent Tchaikovsky score, ‘Swan Lake’ enjoys a rich history and is considered one of the quintessential full length ballets,” Christensen says in a prepared statement.

Neary adds, “We are bringing this masterpiece a poetic quality that will tell this love story with tenderness and passion, through the music and our choreography.”

So why should people come see this particular piece of theater?

“It is such a beautiful story, the production is so visually appealing, the sets are enormous and it really transforms the stage,” Noelle says passionately. “The dancers have so much dedication for the ballet. It is a fabulous experience and there is nothing like live theater.”