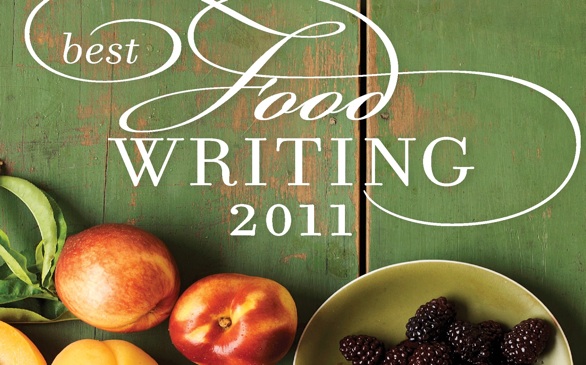 You won't want to miss out on these must-reads:

MEMOIR
For those looking for an armchair adventure, Cheryl Strayed’s Wild will not disappoint. The true tale of the author’s 1,100-mile solo trek along the Pacific Crest Trail inspires in a way that Eat, Pray, Love only dreams of.

Funny and sometimes painfully honest, Elizabeth Weil’s No Cheating, No Dying: I Had a Good Marriage Then I Tried to Make It Better, triumphs in a genre that can get stultifying. The author’s magnified look into her own romantic union manages to make the personal universal.

Like the Amish, the Hasidim in America are unusual in their ability to live a life apart from mainstream culture. Deborah Feldman’s Unorthodox provides a fascinating look into what happens when someone wants to leave her Hasidic roots behind.

ESSAYS 2011 Wrap Up
For those without the time or inclination to comb through magazines looking for the choice bits, The Best American Magazine Writing 2011 does it for you. Edited by Sid Holt and culled from such greats as The New Yorker, Harper’s and The Atlantic, these gems will knock your socks off.

Mouthwateringly good, Best Food Writing of 2011, edited by Holly Hughes, combines terrific articles from such disparate sources as The Phoenix New Times and The Kansas City Star to great effect.

Even if taking off to Paris for the weekend is not a possibility, The Best American Travel Writing 2011 lets you pretend that it is. Sloane Crosley has brilliantly edited a collection of essays that will send you packing – at least metaphorically.

Thoughtful and interesting, Deborah Madison’s What We Eat When We Eat Alone, offers up recipes and tips for solo dining. Beautifully illustrated by Patrick McFarlin, this book makes a wonderful gift.

FICTION
Melding the trifecta of religion, politics and sex, Eileen Pollack’s Breaking and Entering stirs the pot and then some. Focusing on a fictional terrorist plot that implodes a small community in Michigan, Pollack forces us to evaluate the basic American values that we increasingly take for granted.

A pioneer of the sprawling, encyclopedic, blackly comic dissection of postmodern life, William Gaddis is as striking and divisive as ever. His two greatest achievements, The Recognitions and JR, are newly reissued along with Fire the Bastards!, Jack Green’s lambasting of the critics who panned Gaddis’s innovative debut. – Mike Sebastian

The trials and tribulations of trailer park life, illuminated in Tupelo Hassman’s Girlchild, are both just how you thought they would be and nothing at all like you imagined. The singular character of Rory Hendrix will break your heart as she struggle to expand her small world.

Sometimes, deciding to end it all ends up creating a new beginning, or so it goes for Clementine Pritchard. Ashley Ream’s debut novel, Losing Clementine follows a treacherous path of self-discovery that keeps the pages turning.

Dubbed "the slacker novel to end all slacker novels" by Tom Perrotta, Adam Wilson's debut novel, Flatscreen, follows lovable loser Eli Schwartz as he struggles to find meaning in the postmodern world. His circumstances hilariously take a turn for the worse when he falls in with a former TV star/parapalegic sex addict as they make their way to viral video stardom.

Original and sweeping, Jennifer Dubois’ A Partial History of Lost Causes takes you places you have never been. The tale of two very different people pulled together by a letter stimulates the imagination like the very best children’s literature.

Commune life in the ‘70s, a rich, mostly untapped vein for fiction, serves as the basis for Lauren Groff’s Arcadia. By assembling a kooky but lovable cast of castoffs, the author illuminates a fascinating moment in American life.

An underappreciated writer with wit and insight to spare, Tom Carson will blow your mind with Daisy Buchanan’s Daughter. An epic tale told in the details, this pseudo-meta-memoir will not disappoint.

GIRLTIME
Smart enough to read in public, but fun enough to read on vacation, Molly Shapiro’s Point, Click, Love explores the pitfalls inherent in dating during the technology-heavy 21st century.

The perils of life under the microscope get examined to comic perfection in Melanie Gideon’s Wife 22.  When Alice Buckle, an average wife and mother of two, joins an online study of marriage, she finds that scrutiny has its pitfalls.

THRILLS
Fans of historical thrillers will love Matthew Pearl’s latest work, The Technologists. Set in 19th-century Boston amidst the emerging threats of modern science, this page-turner will keep you up all night –and maybe even a couple of nights after.

WORLD CULTURE
One of the best-reviewed books of the year so far, Katherine Boo’s Behind the Beautiful Forevers reports on the effects of globalization on a shantytown near Mumbai. A real-life telling of the Slumdog Millionaire tale, these stories of individuals struggling against and toward a changing world both captivate and enlighten.

After Citizens United and Occupy Wall Street, it’s obvious that America and the world are at a tipping point. Power, Inc. examines the past and future of global capitalism, as corporations grow past the borders and control of nations, and what this means for the future of our country and beyond.

GRAPHIC NOVEL
A funny and perceptive story about growing pains at a SoCal prep school, Keshni Kashyap’s Tina’s Mouth gives an original voice to a unique Indian-American girl. Obsessed with philosophy, sophomore Tina Malhotra struggles to fit in while maintaining her own identity.