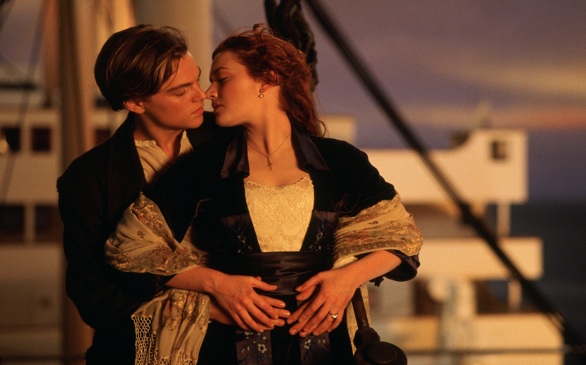 Fall in love with Jack and Rose’s romance all over again, this time in 3D!
(Credit: Merie Weismiller Wallace/Paramount Pictures and Twentieth Century Fox)

Almost one hundred years after the RMS Titanic began its maiden voyage across the Atlantic Ocean, and 15 years after its original theatrical release, Titanic is ready to make its way into the age of 3D.

Titanic, starring Kate Winslet and Leonardo DiCaprio, was originally released in 1997.  During its production, it was thought that the movie would be a box-office disappointment. Considering the fact that it was the most expensive movie of all time in its day, and clocked in at just over three hours, the film’s producers had every right to worry. Who could have known the phenomenon that Titanic would eventually become?

When it was released, Titanic topped the box office and became the highest grossing movie of all time. Fans of the movie were obsessed, some seeing the film over and over again, which no doubt contributed to its success. However, beyond the obsession, the hype, and the rabid fan base is a truly fantastic film about a girl who is swept off of her feet by a boy that shows her a world that is far different than what she is accustomed to – that life can be exciting, spontaneous and even enjoyable.

In the film, Rose (Winslet) is portrayed as a well-to-do rich girl who is traveling back to America against her will with her mother and affluent fiancé. Jack (DiCaprio) is a poor young man who wins his ticket for the Titanic in a poker game. Jack thinks his lucky day has arrived, but as we know, the RMS Titanic’s maiden voyage would eventually end in tragedy. Through excellent narration by Gloria Stuart as present-day Rose, we find that she felt incredibly troubled by her monotonous life. As such, she makes the decision to kill herself by jumping from the ship. Fortunately, in a case of “in the right place at the right time,” Jack sees her and convinces her not to go through with it. This meeting begins a love that Rose would go on to tell us “saved her in every way that a person can be saved.” It was also a love that would be interrupted by the great tragedy that was the sinking of the “unsinkable ship.”

Titanic was a spectacular love story 15 years ago when it was originally released, but James Cameron’s 3D conversion takes it one step further: This is how 3D was meant to be. It’s almost as if the viewer is looking into the world of the movie. Audience members will surely find themselves staring in awe as they watch the Titanic fall to pieces in front of them.

Two particular scenes in the new version really showcased what 3D can do for a movie, the first being Jack and Rose “flying” on the bow of the ship. The second scene was the final sinking of the ship. This is the most impressive scene in the 3D version of the film, and it is truly a wonder to see the stern of the ship extend from the screen and into the theater as it slowly descends into the icy waters below.

Titanic 3D will transport viewers young and old, both fans and newcomers, to a time and place that they have only ever been able to read about. Those who have wondered what it would feel like to have been on the Titanic as it sank will no longer have to wonder. Titanic 3D is a film that will resonate with anyone who has ever loved, and audiences everywhere will be captivated as they watch Jack and Rose fight for survival and attempt to escape the very ship that brought them together.