The Return of the Boy Band 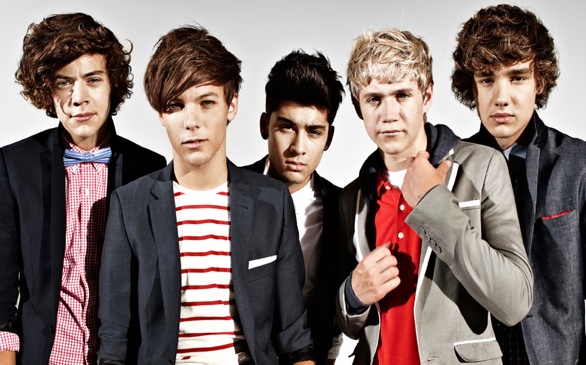 One Direction is poised to take the U.S. by storm.
(Credit: Derrick Santini/Fabulous)

After the late ‘90s, boy bands pretty much disappeared from the music scene –which isn’t necessarily a bad thing. They were fun at the time, and listening to songs like “Bye Bye Bye” and “Larger Than Life” is good when you’re feeling nostalgic. But now it’s 2012, and *NSYNC and the Backstreet Boys are a thing of the past. Their fan bases are pretty much gone, and no one is really begging for them to come back (although, the Backstreet Boys really seem hell-bent on being successful again).

Despite the lack of any real need for boy bands to return, several of them have cropped up in place of their now-waning predecessors. However, these bands are not the same boy bands that you remember from when you were a kid. There is true vocal talent here, and no need for fancy dance moves (although they may have some).

One Direction and the Wanted are the bands that are spearheading this new musical movement. Both hail from the U.K. and are hugely successful there, but it is very unusual for British artists to match their popularity in the U.S. (Adele being the rare exception to that rule). However, One Direction has officially broken a record by being the only U.K. group to debut at No. 1 on the Billboard charts.

While they may not be household names here yet, they’ve already taken over the blogosphere. Adoring fans, mostly young girls, are constantly posting pictures of them everywhere and obsessing over them online, practically to the point of stalking. For those who lived through the previous boy band craze, this is all too familiar; but the digital age has brought fandom to a new level. With fan Web sites and sites like Tumblr, it’s all-too-simple to expose anything and everything about these artists.

The bands don’t seem to mind though. While they may be a little extreme, their fans are extremely dedicated and would defend these boys to the grave –and these are people who are actually talented and deserve to be defended.

While One Direction and the Wanted seemed to have appeared out of nowhere, this is not the case. One Direction’s members all auditioned for “The X Factor” in the U.K. The judges didn’t favor them, but it was suggested that they form a group and audition that way. The band still didn’t win the competition, but it’s obvious that that hasn’t stopped them from coming out on top. They went on to open for Britney Spears, but now it’s clear they can easily headline their own tour. Their worldwide success speaks volumes about their talent and the quality of their music.

Unlike One Direction, the Wanted was discovered in a more conventional way, a mark of their undeniable talent. Their song “Glad You Came” gained popularity when it was covered on the hit show “Glee.” Since that point, the song has been all over pop radio. You can ask almost anyone, and they will have heard it. This is most definitely a sign of the future success they’ll have both in the U.K. and in the U.S.

What is it about these bands that is so appealing? What separates them from the boy bands that everyone remembers from their childhoods? It’s pretty obvious that these bands are quite a bit more talented than those that came before. Not only that – their music sounds fresh. They’ve taken the boy band and brought it into the current decade. The beats are fast-paced and radio-friendly, their voices are pleasant to listen to, and their lyrics aren’t corny or cliché. They’ve succeeded in mastering the perfect boy band formula where so many others have tried and failed. Whether or not they will remain successful is uncertain, but these boys certainly have the talent. If they can learn to adapt to the ever-changing sound of pop music, they can escape the fate suffered by boy bands of the past.