The Ting Tings: Sounds from Nowheresville 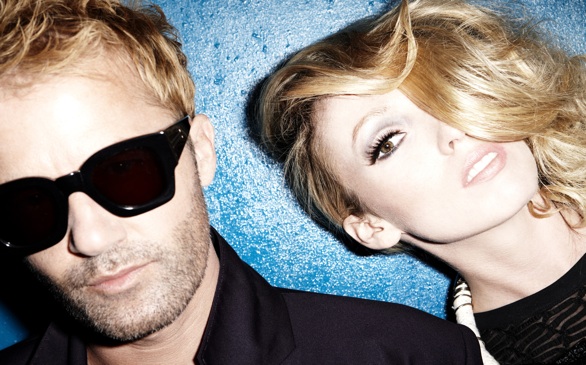 The Ting Tings are back with a new album entitled Sounds From Nowheresville. Cue the excitement! “That’s Not My Name” was your jam in 2009, you say? I’m afraid this is nothing like that. There are no “That’s Not My Name”s or “Shut Up and Let Me Go”s on this album. It’s still a very catchy bunch of songs, but there are very few songs that actually stand out. In fact, it would be very surprising to hear any of these songs on mainstream radio.

“Silence,” the first track on the CD, is just absolutely horrible. It’s a bunch of noise plus some difficult-to-hear singing. The weak opening track is really off-putting, but if you can get past it without turning the music off, you may find some more appealing songs later on in the album.

“Hit Me Down Sonny” is a little closer to what the casual Ting Tings listener may want to hear, but it’s still not anything spectacular. The third track, however, is actually worth a listen. “Hang It Up” is something you can put on and dance to. It’s fun, and the beats get stuck in your head after it’s over.

“Guggenheim” is worth a listen, although nothing really exciting happens in the song until the one-minute mark. When the song really starts, though it’s a definite head-banger. The album takes a turn for the worse again with “Soul Killing,” which features a creaking chair as one of the song’s main beats. It seems as though it’s trying really hard to be likable, but it just isn’t.

The last track on the album is called “In Your Life,” which almost seems like a throwback to the Nancy Sinatra cover of “Bang Bang (My Baby Shot Me Down).” It’s actually a quite heart-breaking track, and something of a light at the end of the tunnel for listeners. It’s the only track on the album that seems well thought out, and it’s really quite calm and beautiful.

While the album ends on a good, though somber note, if there were one word that could be used to describe Sounds From Nowheresville, it would be disappointment. Listeners may find themselves wondering why the Ting Tings didn’t wait until they got some better material to release a new CD. Most of these songs aren’t even worthy of being bonus tracks. Perhaps for the avid Ting Tings fan, the album may be worth purchasing, but the casual listener would be much better off buying the few good tracks off of iTunes.

Sounds From Nowheresville is available now.