L.A. Brings the Pop, Doom and Punk –but Surf’s Up in Hawaii. 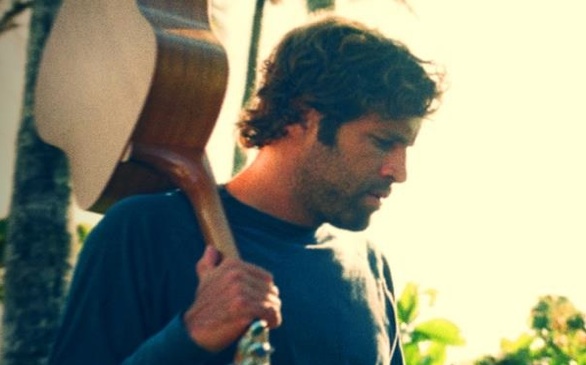 Jack Johnson is set to release a new live album on April 17.

WELCOME TO JOYCE MANOR
“Putting out your second record can be kind of scary, and a lot of people will listen to it with certain expectations, but we are proud of what we came up with.” So says Matt Ebert, bass player for Los Angeles-based four-piece pop/punk band Joyce Manor about the group’s new album Of All Things I Will Soon Grow Tired. Asian Man Records is releasing Of All Things… on vinyl in your choice of black, white or blue wax, and fans were in such a frenzy to pre-order the April 17 release that they crashed the Asian Man Web site. No doubt the guys are currently building an even bigger buzz on their tour with Andrew Jackson Jihad.

BEREFT SENDS YOU TO THE LEICHENHAUS
Do you know what a “waiting mortuary” is? It’s a sort of funeral home that was popular in Germany in the 19th century, a place where the dead (or those thought to be dead) were taken temporarily for the purpose of observation. The idea behind the leichenhaus was to make sure that no one was accidentally buried alive. However, the idea behind Leichenhaus, the upcoming release from L.A. outfit Bereft, is quite the opposite; the band is very happy to bury you alive in sludge and dark, depressing doom. A side project from members of Intronaut, Graviton and Abysmal Dawn, the album is a concept piece that’s a drastic change from what the band members are used to playing. “It’s definitely different from what we do in our usual bands,” says Charles Elliott, Bereft’s singer and guitarist. “Real music is birthed from pain, hatred, despair, suffering and regret, and this is our bastard child.” Leichenhaus drops on April 24.

PENNYWISE SAYS IT’S ALL OR NOTHING
Long-running Hermosa Beach punk band Pennywise is about to release a new set called All or Nothing. The title reflects the fact that the band has never been willing to compromise their hard-charging sound throughout their 20-plus-year career. “It felt like we got back to our roots in the songwriting process,” explains Pennywise guitarist Fletcher Dragge. “There was a lot of passionate discussion between everybody, and in the old days that’s how our best records got made; lots of yelling and smashing shit! As a result, the music started sounding like an old school Pennywise record. At the end of the day, this is just a loud, hard, fast and aggressive punk rock record, and that’s what we do best.” All or Nothing drops on the Epitaph imprint May 1.

THE BEST OF JACK JOHNSON (AND FRIENDS)
Best of Kokua Festival is the name of the new 13-track live album from Jack Johnson, due to drop on April 17. The Kokua Festival, held on Earth Day every year in Honolulu, is a community-centered event that promotes environmental awareness, and songs for Best of Kokua Festival were culled from Johnson’s festival appearances over the past six years. Guest performers include Ben Harper, Willie Nelson, Eddie Vedder, Dave Matthews, Ziggy Marley, Jake Shimabukuro and, on “Welcome to Jamrock,” Damian “Jr. Gong” Marley. Proceeds from the album will benefit the non-profit Kokua Hawaii Foundation.