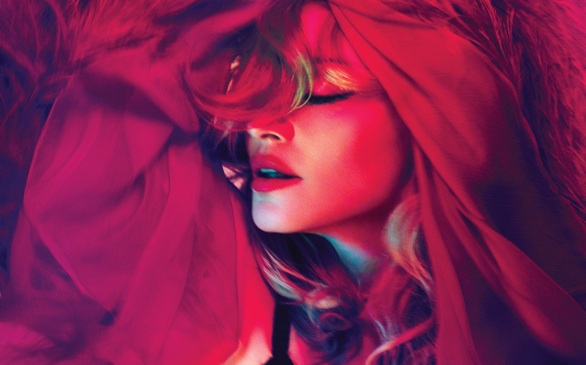 Madonna’s latest album, entitled MDNA, is full of pounding dance beats, as most would expect from the Queen of Pop’s music. We were given a taste of what the album would be like when “Give Me All Your Luvin’” was released, but although it was a piece of sweet pop-y confection, it’s clear now that Madonna is not messing around. The video for the opening track and second single, “Girl Gone Wild,” has already stirred up some controversy. Apparently it is too explicit for YouTube, and it now requires that viewers be of a certain age to watch it. Madonna is back in full force, it seems.

Almost begging for more controversy, the second track on the track is entitled “Gang Bang.” By the title, you’d assume that the song would be somehow related to sex; however, in a surprising turn, you learn that it’s actually about revenge. Madonna’s voice is low and tough, singing, “Shot you dead, shot my lover in the head.” She then tells us he deserved it, and that “if you’re gonna act like a bitch, then you’re gonna die like a bitch.” She doesn’t sound like the type of person you’d want to cross in a dark alley.

On the next track, “I’m Addicted,” Madonna pines over someone, telling us how his name has changed from a word to magic. The song, just like most of the album, is the perfect soundtrack for a summer night out with friends.

In “Some Girls,” Madonna shows her feisty side again. Although her voice is practically unrecognizable, the song is undeniably catchy. It’s something that will surely be playing in clubs later this year. “Superstar,” however, is a definite weak point on the album. It’s a throwaway track in which Madonna tells a man that he’s her “super-duper star.” These types of lyrics are a bit embarrassing to hear from her when you consider the caliber of her stardom and the place that she is at in her career.

“I Don’t Give A,” which features Nicki Minaj, is another great dance track, but there is a strange point after Minaj’s verse in which the track gives way to a chorus of dramatic voices that finish out the song. It’s an awkward ending, but a good track nonetheless.

MDNA is Madonna’s 12th studio album, and for the most part, it’s a pop music triumph. Almost every track is pulsing with hypnotic beats that make you want to stand up and start dancing, no matter where you are. It seems that, regardless of her age (Madonna is an astonishing 53 years old), she doesn’t plan on slowing down any time soon. Some may say she’s too old to be singing songs like this, but if they’re good songs, why complain?

In her latest effort, Madonna proves that she’s still capable of making great music. MDNA more than makes up for the embarrassment that was her last album, Hard Candy.

MDNA is in stores now.