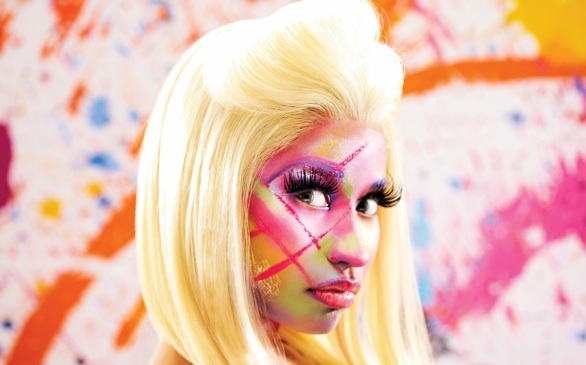 Roman is back, and he is pissed.

After several singles leaked and the release was pushed back almost two months, Nicki Minaj’s sophomore album is finally coming out. Minaj performs most of the tracks as her alter-ego, Roman Zolanski, thus the album’s title, Roman Reloaded. Minaj fans got a taste of Roman on Pink Friday on tracks like “Roman’s Revenge,” but they really get to know him on the new tracks.

Just to get fans re-introduced, Minaj begins her latest effort with “Roman Holiday.” She performed the song on the Grammys in February to mixed reviews, and fans have eagerly awaited the release of the song since the performance. The excitement is understandable, and fortunately, the track is great. Minaj’s verses are fast and slightly difficult, but entertaining as always. Several minutes in the song, she breaks into a rendition of “Come All Ye Faithful,” which will no doubt anger religious groups everywhere –but we wouldn’t expect anything different from the rapper.

Minaj will likely also receive flack for some of the lyrics on the title track, “Roman Reloaded.” The song, which prominently features gunshots and the line “bang, my shit bang,” as the hook, features a line in which Minaj says, “Take bitches to school, then I Columbine these hoes.” Is a line like that in bad taste? With all of the school shootings, suicides and bullying taking place recently, perhaps she should have thought that through one more time.

The entire first half of the album features Minaj rapping, with hard beats and lots of guest artists. “Come On a Cone,” “I Am Your Leader,” “Beez In the Trap” and “HOV Lane” are all enjoyable, but the rest of the tracks on the first part of the album could and should be skipped. The 19-track standard version CD could have actually been shortened quite a bit by removing songs like “Right By My Side” and “Sex In the Lounge,” which aren’t worth the initial listen.

The second half of the album features Minaj showcasing her singing abilities on club bangers and ballads. Though some of the dance tracks sound alike, they are surefire radio-friendly hits. “Starships,” “Pound the Alarm” and “Whip It” are some of the best tracks from the album as a whole. However, the most pleasant surprise on the CD lies in “Marilyn Monroe,” on which Minaj tells us that she’ll never be perfect. It’s a welcome peek into her feelings, which is rare, as most of her songs talk about her wealth and fame.

Over the past several years, Nicki Minaj has gained worldwide popularity for her catchy songs and silly antics. In Pink Friday: Roman Reloaded, she proves that she is ready and willing to grow as an artist. As one of mainstream music’s biggest stars, perhaps she can be an example for others who seem to be stuck in the same old routine.