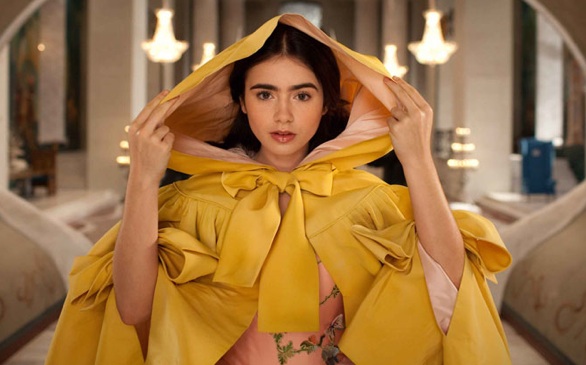 “Mirror, mirror on the wall, who is the fairest of them all?” It’s not Julia Roberts apparently.

In another retelling of the classic Snow White tale, Roberts plays the evil Queen opposite the beautiful Lily Collins, who is well cast in the role of Snow White. On paper, Mirror Mirror sounds like a surefire hit; however, the finished product does not do justice to the classic fairytale.

It’s truly unfortunate that such a talented cast did not produce a better film befitting the original story, though it is wholly unsurprising that the movie was such a disappointment. It was quite obvious when the trailer premiered that the film would be a much sillier, lighthearted version of the Snow White story, but there was hope that the cast could do justice to the original story, regardless of how pedestrian the script was. Regrettably, they were unable to save it –to do so would have taken an absolute miracle.

However, amidst all of the things that went wrong with Mirror Mirror, there are some redeeming elements. Julia Roberts, for example, made the movie bearable. Her sense for comedic timing and the delivery of her lines were practically flawless. If there were a way to go back and re-write the film, the Queen’s lines would be the only thing that would be best left unchanged.

Snow White’s part, on the other hand, is a different story. I don’t know how many times people have tried to do the “damsel in distress becomes the tough, ass-kicking hero of the story” plot, but it is so extremely contrived in this movie. In all honesty, the training montages with the dwarves and the sword fighting with the prince were almost intolerable. It’s been done so many times before, and it’s honestly tiresome. This is not to say that Lily Collins didn’t do the best with what was given to her, but she wasn’t honestly given much to work with.

Now, the original story of Snow White needs no explanation, but some of the inexplicable additions to this story are just begging to be explained: the dragon, for instance. Whose decision was it to include a dragon, and why in the world did it end up being Snow White’s father? Also, the jokes that were aimed at smaller children, like Nathan Lane turning into a cockroach and the dwarves punching each other, were just painful to watch.

Secondhand embarrassment is a frequent feeling when watching this film, because you know it could have been much better if they had actually tried. Perhaps if they had gone a darker, less family-friendly route, the movie would have been improved. Instead, the writers decided to focus more on immature, physical humor than writing a good script for this much-loved fairytale.

Also, to answer the question that's on everyone's minds: there is no way Mirror Mirror can be better than Snow White and the Huntsman. It is, quite simply put, impossible.