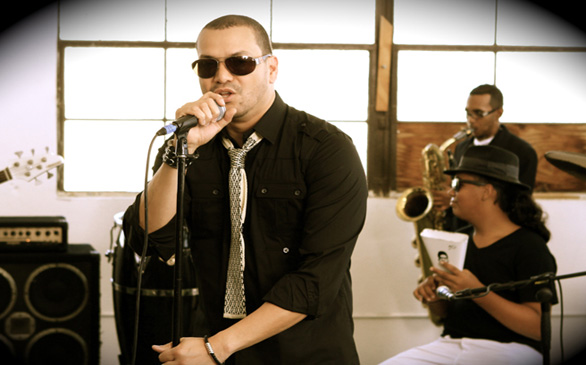 Nowadays, not many artists have the ability to conquer a stage and crowd quite like Puerto Rican romantic salsa singer Victor Manuelle.

Known throughout the world as El Sonero de la Juventud (The Youth's Son Singer), Manuelle has grown into a prolific salsa act since his beginnings in 1993. To date, this Bronx, New York native performs nearly every year in Los Angeles. Such will be the case Wednesday, April 11, when he is set to perform at Downtown Los Angeles' Belasco Theater.

Manuelle, who has made some acting appearances, is a true romantic salsa singer, but he has also dabbled in pop, Colombian vallenato and reggaeton music. His songs in these other genres have been positively received by the public, but no one can argue that his real gift lies with salsa.

One of Manuelle's most acclaimed talents is the improvisational son singing he occasionally performs at concerts. The son, a style of Cuban music that originated in 1892, is a fusion of tropical beats that blends the structure and elements of Spanish canción, the Cuban tres and rhythms. Additionally, it contains percussion instruments, such as the conga and bongos.

This magnetic performer takes charge while on stage with his magical voice and lyrics --and his good looks don't hurt. Full of charisma, Manuelle has numerous chart-topping tracks under his belt, managing to top nearly every Billboard Latin chart thanks to his hits.

Le Preguntaba A La Luna (I Used to Ask the Moon), Travesía (Crossing) and Decisión Unánime (Unanimous Decision) are three albums that reached the top of the charts for Manuelle, who used to date the beautiful Roselyn Sánchez. Some of the most famous tracks under his belt include "Tengo Ganas" (I Want To), "Llore Llore" (Cried Cried), "Así Es La Mujer" (Just Like This Woman) and "Volverás" (You'll Come Back).

This tropical sensation is sure to sing both new material and the classics that have made him well-known with his fan base when he comes to L.A. While his set list remains to be seen, one thing is certain: Victor Manuelle will not disappoint those attending.