Sweet Eve: Shadow Over Me 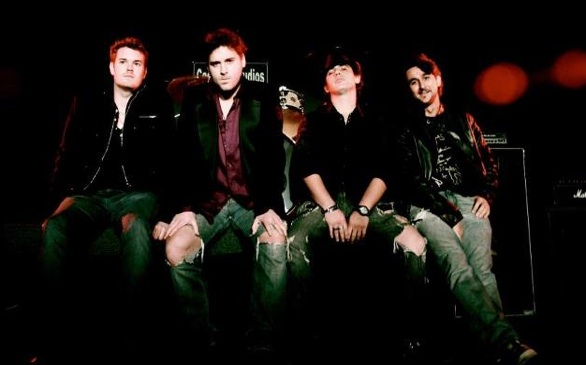 When you first read the track list for Sweet Eve’s album Shadow Over Me, you may find yourself slightly turned off. With titles like “Dead Like Me,” “Bloody Broken Heart,” and “Pall Bearer’s Tears,” it’s difficult not to be. However, once you play the songs, you may find that you’re pleasantly surprised –they aren’t as angry or melancholy as the song titles seem to suggest.

The songs on Shadow Over Me are slightly reminiscent of garage rock music from the ‘90s, a style that seems to have completely disappeared from the music scene since then. So, is it possible for Sweet Eve to become successful? The answer remains to be seen. They have talent, yes, but there is not much of a place in the industry for their type of music right now. Perhaps they may find some success on the indie scene, or with people who were fond of their type of music when they were younger.

While overall the album is pretty good, there aren’t really any standout tracks, which presents a bit of a problem. Almost every CD has its best tracks, but Shadow Over Me seems to be like one long song. Every track runs together, creating a bit of a mess. What Sweet Eve should concentrate on is creating tracks that sound different than what is available today, or what was popular 15 years ago. The band most certainly has musical ability, but there is something to be said for those with the artistic ability to create something truly new.

That is not to say that there is no potential on Shadow Over Me. Quite the contrary, some songs, like “What’s In My Head,” are actually quite good. The best thing for the band to do would be to change up their sound and lose the melodramatic song titles. Sweet Eve needs the “it” factor, and right now “it” just isn’t there.

Shadow Over Me is available now.