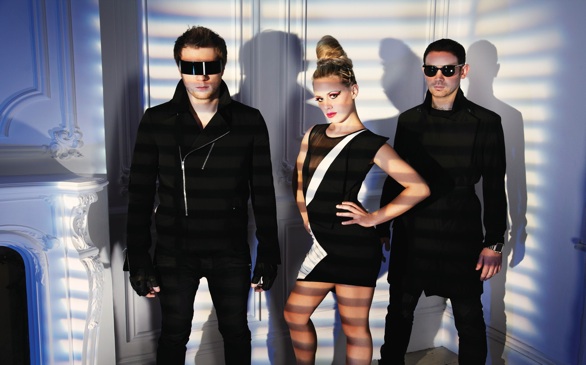 Britain’s premiere dubstep duo Nero burst onto the electronic dance music scene in full force with the release of their 2011 album, Welcome to Reality. The L.P. features beat-heavy tracks that blend booming bass, house music and guitar riffs with sweet-sounding vocals. Songs like “Promises,” “My Eyes” and “Reaching Out,” are impossible to listen to without getting immersed in the music.

Following the success of their album’s release in December, Dan Stephens and Joe Ray are taking their show on the road, headlining the “Second Reality” LIVE tour, which also features German electronic dance producer and DJ Zedd. The tour will soon be making stops in SoCal, including both weekends of Coachella and a show at L.A.’s Club Nokia on April 19.

Campus Circle: What was the vibe or feeling you most wanted to convey with your Welcome to Reality album?
Nero: Kind of a dark, post apocalyptic Vangelis vibe; romance in the ruins.

CC: What’s your favorite track on the album?
N: “Innocence.” It was our first single off the album, and it still feels central to the feel of the whole thing.

CC: What is your favorite track to perform live?
N: “Promises,” because it always gets the best reaction when Alana [Watson] goes out and sings it live.

CC: You guys will be performing in a pretty inventive DJ booth that includes old TV sets and an arcade machine. How did you come up with the concept for the elaborate stage set-up you will be using at the show?
N: It came from an old graphic design we both loved. It felt like it suited the music.

CC: Do you have any backstage traditions or things you do to get pumped up beforehand?
N: A few rounds of Tiger Woods and some drinks!