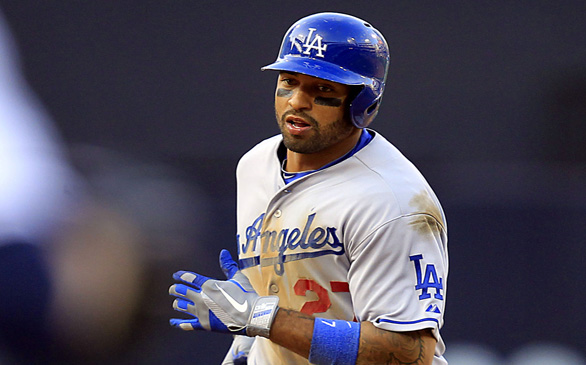 Los Angeles Dodgers center fielder Matt Kemp has been named National League Player of the Week for the period of April 4-8, 2012, it was announced Monday on MLB Network. Kemp, who was the runner up for the NL MVP award last season, batted .412 (7-for-17) while leading MLB with six runs scored and tying for the Major League lead with eight RBI and 14 total bases in four games played. His two home runs and seven hits were both tied for third among National Leaguers, while his .824 slugging percentage ranked seventh.