An E.P. for LP, Record Store Day and More 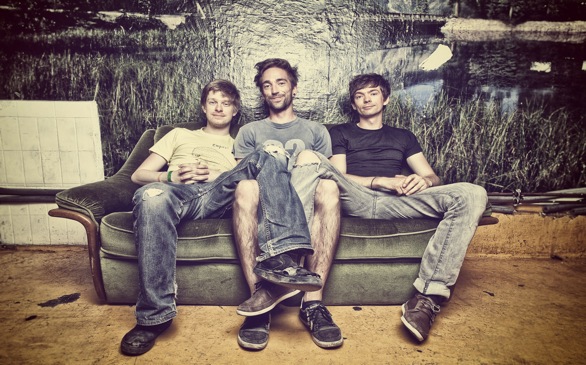 LP HEADS INTO THE WILD
She’s written hits for Rihanna (“Cheers”) and Christina Aguilera (“Beautiful People”), and now Los Angeles-based artist LP is stepping out with her own debut recording, a five-song E.P. called Into the Wild: Live at EastWest Studios. The diminutive ukulele-toting singer has a big voice that’s creating a big buzz, and a lucky few caught her as she recorded Into the Wild as EastWest was transformed into an intimate venue for the occasion. Fans in the Los Angeles area have a few chances to see LP perform live coming up: She’ll play Bardot in Hollywood on April 23, the Viper Room on April 30 and the Grammy Museum on May 14. Everyone can tune in when LP appears on "Jimmy Kimmel Live!" on April 25, the day after Warner Bros. releases Into the Wild.

RECORD STORE DAY
The inimitable Iggy Pop has been named the 2012 ambassador of Record Store Day, the annual event that celebrates independent record stores worldwide, taking place on Saturday, April 21. “As Record Store Day ambassador for 2012, I feel like a representative from some exotic jungle full of life and death and sex and anger, called upon to wear a leopard skin and translate joy to the world of the dead,” says Pop. Put into English, that means you should get to your favorite indie record store and show some love by adding some limited edition vinyl to your collection. Special wax will be available from a wide variety of artists, including L.P.s or 12” E.P.s from Gary Clark Jr., Jeff the Brotherhood, Metallica, Common, Dale Earnhardt Jr. Jr. and the Black Keys. Sara Watkins, MC5, Otis Redding, Tegan and Sara, Regina Spektor and the Carolina Chocolate Drops will all have items on colored vinyl, and Disturbed and the Red Hot Chili Peppers will offer box sets. Among the more unusual items to be had are a very limited cassette from the Atlas Moth featuring their Pray for Tides and One Amongst the Weed Fields E.P.s, and the double-disc The Flaming Lips and Heady Fwends with guests Yoko Ono, Bon Iver, Ke$ha, Neon Indian and others that will be pressed on spattered colored vinyl with no two copies alike. Origami Vinyl, Rockaway Records, Record Surplus and High Fidelity are just a few of the participating L.A.-area outlets; for a complete list visit recordstoreday.com, and visit thevinyldistrict.com for a free record store locater app for iPhone and Android.

HALF NOTES
A new album from L.A.-based psychedelic prog rockers Ancestors is now available; pick up a copy of In Dreams and Time if you like acts like Mogwai and Godspeed You! Black Emperor. Maniac is just about to wrap up a tour with Foxy Shazam; the Silverlake group plays a homecoming show at the Roxy on April 18, and will soon announce the release date of a new E.P. called Sons of Summer 2. The Whosoevers movement will hold their free “The Threat to Formalized Religion…I Am” event in Diamond Bar, April 20-21; musical performers will include Love&Death, Icon for Hire, Listener, Dominic Balli and Hit Dog Hollar. Stones Throw recording artist Vex Ruffin has a new E.P. out called Eulogy, and you can download a copy for free at stonesthrow.com/vex.