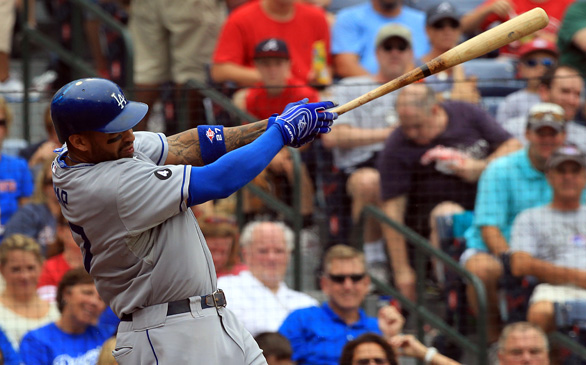 Los Angeles Dodgers center fielder Matt Kemp has been named National League Player of the Week for the period of April 9-15, 2012. Kemp becomes the first player to win back-to-back National League Player of the Week honors to begin a season and the first player to win the award for three consecutive weeks (dating back to the week of September 25, 2011) since the award’s inception in 1974. In six games last week, the right-handed hitting slugger led all Major Leaguers with a .545 (12-for-22) batting average, four home runs, a 1.182 slugging percentage, .615 on-base percentage and 26 total bases. His seven runs scored tied for first in the National League while his 12 hits and eight RBI both tied for second. His torrid start has helped the Dodgers to a Major League-best 9-1 record, marking the club’s best start through 10 games since 1981.