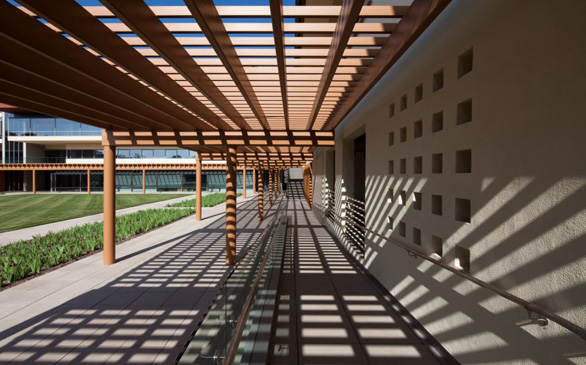 An investigation has found that Claremont McKenna College's former vice president for admission and financial aid acted alone in exaggerating freshmen SAT scores and other admissions statistics in an attempt to boost the school's national rankings, according to a report released Tuesday.

The probe, which was conducted by the O'Melveny & Myers law firm, also reported that no individual student's record was altered and that only aggregate scores and other data were changed.

But the report also showed that not just test scores were manipulated, as was previously announced, but that class-ranking statistics and selectivity information appeared to be hyped or assembled in ways to make the college look better than it was.

The former vice president, Richard Vos, contended he acted in response to intense pressure from Claremont McKenna's president, Pamela Gann, to become an ever more selective college, the report said. But the law firm investigators said Gann did not direct Vos into any unethical action and that the pressure she exerted did not exceed "the norm for an executive-level employee."

Vos was able to keep up such actions since 2005 since he was "a longtime and trusted executive who closely controlled and exercised ultimate authority over the reporting of admission statistics at the college," the investigators wrote. "The absence of a process to independently verify the reports the VP generated, reinforced his control over the admission statistics reporting function."

Vos resigned in January, just before Gann announced that the liberal arts college had discovered the data hyping.

The scandal was a blow to the school's reputation and also raised questions about the accuracy and fairness of such national rankings as the popular one compiled by U.S. News & World Report.

SAT or ACT scores account for about 7.5 percent of the overall calculation that made Claremont McKenna the ninth-best national liberal arts college in the U.S. News ranking, officials at the magazine have said. With the revised information, the school is likely to have dropped at least one rung or more, they said.

In a statement released Tuesday, Harry McMahon, Claremont McKenna's board of trustees chairman, said he deeply regretted the episode and that the school is taking steps to prevent any repetition.

"Throughout its history, the college has been defined by its core values of honesty and responsible leadership. While these events do not reflect our values, our response does. Our president and her staff have addressed this matter promptly, thoroughly and with complete integrity," he said.