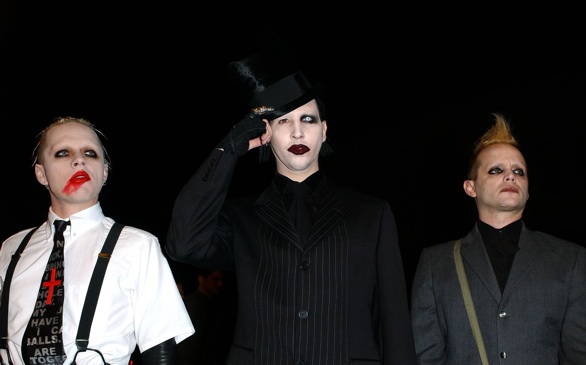 What do you get when you mix hundreds of metal fans, the most recognizable names in classic rock, and the best rock bands of today? You get Revolver’s Golden Gods Awards.

On April 11, scores of fans turned out to show their support for the biggest names in rock music. Rather appropriately, the event began with a black carpet, where Campus Circle caught up with Taylor Momsen, Korn, Seether, Trivium, the Manson Band and more. The air was heavy with anticipation as the rockers began to trickle their way down the carpet. The fans, who waited at the end of the black carpet, screamed in excitement as they got closer than ever before to some of rock’s legendary performers.

The fans weren’t the only ones who were excited, however. The performers themselves were quite verbal about what an honor it was to be present on what some were calling “rock’s biggest night.”

“It feels cool [to be here],” said actress and singer Taylor Momsen. “It’s cool that there is still a place for everyone to gather. It should be a fun night.”

Others expressed their excitement to see the live performances. Shaun Morgan, lead vocalist of Seether, expressed his anticipation for the Marilyn Manson performance later in the night.

After the bands had finished their interview rounds outside, it was time for the fans to be let into the venue. The show took place at Nokia Live, a smaller venue near the Staples Center. Only several minutes after the doors had opened, the general admission standing area had already been packed with people. The audience cheered loudly as the awards show began. However, no one really paid attention to the actual awards. It was obvious that most of the crowd had turned up for the performances.

Several lesser-known bands played, as well as some popular newcomers. The majority of the audience seemed less than pleased when the Black Veil Brides took the stage. The band, composed of five members, was definitely one of the most interesting performances of the night. The lead singer seemed a little on edge, screaming profanities at the people in the crowd after the band’s set had ended.

Later in the show, Evanescence took the stage. The band, fronted by lead singer Amy Lee, performed three songs to the cheering crowd. After their last number, “Call Me When You’re Sober,” Lee flipped the middle finger to someone –perhaps her ex-boyfriend, Shaun Morgan of Seether, about whom the song had been written?

As the show went on, several rock greats, like Alice Cooper and Dee Snider, took the stage as special guest performers. However, the audience seemed to be getting a bit bored. Every time the large screens that hung above the stage showed the metal fans in the pit area, they seemed almost comatose. At the end of the show, the reason for their boredom became clear. They were waiting.

The host announced the last performer, Marilyn Manson, and the crowd went insane. Manson and his band took the stage to perform their four-song set and you could feel the energy in the room. Everyone was on their feet.

During “The Dope Show,” Taylor Momsen sauntered onto the stage and performed with Manson. The performance was raunchy, as expected, and the crowd loved it. As Manson moved into the third song, he introduced the guitarist: Johnny Depp. The actor had been on the stage the entire time, wearing a hat, seemingly to disguise himself. Manson and Depp stayed close to each other on the stage as they finished out the set with “The Beautiful People,” much to the audience’s delight.

All in all, the night was a triumph for rock legends and contemporary bands alike. The venue may not have been sold out, but those that went were treated to one hell of a rock show.