Marley is the Definitive Documentary of a Music Legend 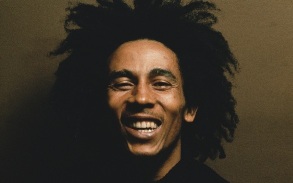 The name is inescapable, and the music is everywhere. An ever-prominent figure in the rock world and the cornerstone musician of the reggae genre, Bob Marley maintains a posthumous fan base of over 30 million (according to Facebook) and continues to boast record sales of over 250,000 albums per year. His message was simple and his music is transcendent. Considering the widespread and long-lasting impact of his music, it is surprising that a film like this had not come about sooner. Nearly 32 years after his death, Marley hits theaters April 20.

Produced in collaboration with Marley’s family members and colleagues, this film attempts to set the record straight about a musical icon that we all think we know. Marley has been created to be the definitive documentary on the life of a legend. Beginning with the his humble beginnings as a poor musician on the streets of Kingston, Jamaica, the film follows the Wailers’ rise to popularity, their political influence and the untimely death of reggae music’s first superstar. Complete with interview footage from family, friends and early collaborators, Marley gives a candid perspective on the well known, and often misunderstood, musician.

In an interview with Campus Circle, Marley’s eldest son Ziggy commented on his involvement in producing this film.

“I was at the point where I was tired of seeing other people’s versions of my father,” he said. “As Bob’s eldest son, I wanted to be personally involved in something that would talk about his life. I want to represent my father differently than all these people that have written books and [made] films [about him].”

Ziggy explained that once he was involved in the project, it was a lot easier for members of his family to open up and contribute to the film. He said that his brothers and sisters would not have been willing to share stories of their father if the project had not been an organic attempt by the family to tell this story.

“We wanted to make a definitive piece that would be the pinnacle of everything else that has been done on Bob,” he said. “This is it, the thing that portrays Bob in the fullest perspective of his life.”

The perspective that Ziggy is referring to is an honest one, that comes from the opinions of those that were actually there during the days of Bob Marley’s storied career. Rather than enlisting the help of historians and other professionals, the film is made using memories and images gathered by family and friends. The resulting project is a film teeming with affection and honesty.

Surprisingly, as much as this film looks to applaud the accomplishments of Bob Marley, certain sections take on a much more realistic tone, commenting on the more problematic facets of the icon’s character. Issues of adultery, abandonment and cannabis consumption are addressed both gracefully and tactfully. Rather than demonize or glorify the memory of a man we may have our assumptions about, Marley gives a humanistic perspective on why Bob Marley lived the way he did. It does not seek to categorize any of his actions as right or wrong, but rather to address the factual accounts of stories that many fans would rather not think about.

As a documentary, Marley is a compelling glimpse into musical history. As an accurate tribute to the man himself, Marley is a comprehensive summary of the life, the inspiration, and the vision of Bob Marley.

With a musical backdrop of roots reggae and a storyline that jumps off the screen, this film stands by itself as a fitting depiction of its subject. If you’re trying to make plans for this 4/20 Friday, you should go check out Marley. The music rocks and the story is incredible. At the very least, you might just learn something.

Ziggy and Karen Marley, two of Bob Marley’s children, will be on hand to sign copies of Marley, the definitive life story of the king of reggae, in celebration of its release on DVD and Blu-ray, August 7, 6 p.m. at Best Buy, 11301 W. Pico Blvd., Los Angeles.