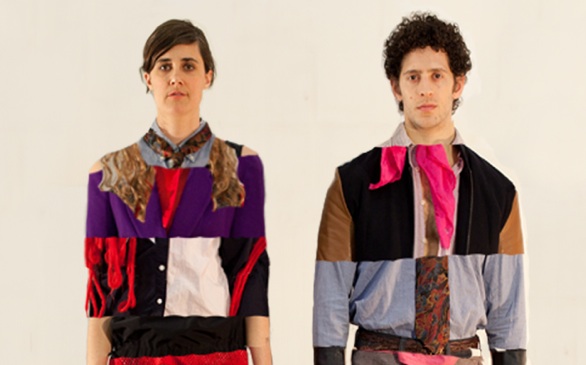 The World Arts and Cultures / Dance department at UCLA is on a roll with guest artists this month. Last week featured a public talk and performance by living legend Meredith Monk, and next week ushers in the next generation of superstars in a new program called Residency Program for Movement, created to bring more touring artists to the UCLA campus.

First in the series is up-and-coming New York-based choreographer Faye Driscoll, lauded by many, with Dance Magazine hailing her as “1 of 25 to watch out for” and The New York Times calling her work one of its “top five dance shows of the year.” In addition, in 2010 she won a Bessie (New York Dance and Performance Award) for Outstanding Work. Not bad for a grad of the L.A. County High School for the Arts.

Driscoll is known for creating disorientating, unpredictable and fascinating works that according to the NY Times “don’t look like anything you’ve ever seen before, nor can you imagine thinking it up.”

At UCLA, she will perform "You're Me" (formerly titled "not...not"), a duet of conflicting selves that explores the tension between fantasy and real sensations. Her choreography shifts meaning, identities and inescapable entanglement of “you" and "me.” The piece is performed by Driscoll and acclaimed dancer Jesse Zaritt, with an original score by Brandon Wolcott.

The RPM program is headed up by local choreographer and UCLA professor Victoria Marks, who commented, “Young choreographers such as Driscoll offer our students insight into new choreographic approaches, as well as cutting edge ideas and attitudes about what dance can do. They also are, in themselves, models of how to be successful — how to 'make it' — in the current dance world.”

Driscoll will be performing Thursday-Friday, April 26-27, at 8:30 p.m., at WACDance’s Glorya Kaufman Dance Theater. Tickets are $20 and $10 for students. She will also be leading workshops with students at UCLA and at area high schools, including her alma mater LACHSA. For more information and to purchase tickets, click here.