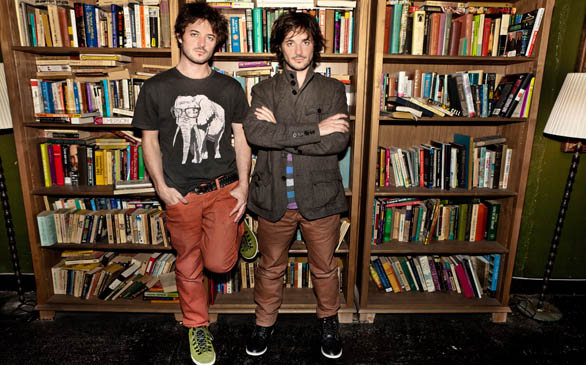 They left everything behind – their lives, culture, family and careers – for an opportunity to launch an innovative project.

Although they miss their native country of Chile, 32-year old twin brothers Cristobal and Sebastian Zegers have found a new home in Santa Monica, and are here to globalize their social network, Huntcha.com

“It’s a love site,” Cristobal explains. “It is something we believe in.”

Currently at more than 50,000 subscribers, predominantly from Chile, Huntcha.com was formulated out of an idea the brothers had while working as advertising professionals.

Essentially, Huntcha is a social network service aiding the discovery of secret admirers. It is completely anonymous unless there is a match between a male and female. Each person who registers an account, which is done through Facebook, has the option of naming a total of nine people whom are of interest. Once there is a match, Huntcha notifies both parties of it. The rest, well, is history.

“Huntcha.com allows you to flirt with those you have a crush on without exposing yourself,” Cristobal states. “This is a different way to interact.”

Since last fall, both resigned from their jobs, created the Web site and started a successful television advertising campaign, which became rather popular in Chile due to its exquisite, yet sexy acts and celebrity appearances.

They are currently working to promote the site in the U.S., and have been meeting with several executives from the tech giants in Silicon Valley.

“We realized that we have a great opportunity here, which is why we went to Silicon Valley,” Sebastian notes. “Everyone there loved it.”

Huntcha.com will have its official American launch in May, and will target high school seniors in the hopes that they will use the social network as a way to find a prom date. However, the site is now open for anyone to join; it is a social network in the hopes of finding a secret love, or perhaps even just a crush.

With this new and changing technological world, Huntcha.com – available now in Chile, England and France – could very well be the next big social network.

“You always win [with Huntcha.com],” Cristobal says. “You can only win…we wanted to create a facilitator to get matches, to get couples together.”

His brother elaborated on this idea.

“There is no way you can lose here,” Sebastian explains. “You do not expose yourself and it is free…The other good thing about Huntcha.com is that it does not introduce you to new people, which the other dating sites do; it just helps you [connect] with the people you already have a crush on, so it’s natural and real.”

Potential connections through Twitter and other social networks are also in the works.

“We are developing ways to interact with these,” Cristobal says.

When they are not tending to their business, the guys like going out to a movie or enjoying the fun and sun at the beach nearby their home.

“It’s not as easy living here, but we are enjoying it a lot,” shares Cristobal.

Visit Huntcha.com to find out more; you may even find a love connection! For more information, click here.