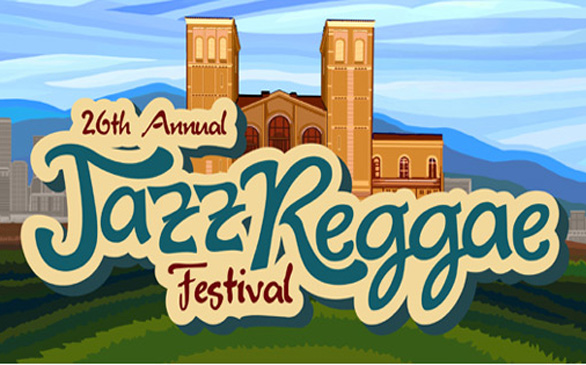 Eight bands have been selected for the once-in-a-lifetime opportunity to compete for the opening slot at Jam Day at UCLA's annual JazzReggae festival.

The bands were selected by the Cultural Affairs Commission's Concert Series and JazzReggae Festival, and then competed in a two-part concert series at Kerckhoff Coffee House. Videos of the performances will be posted online, and the band that gets the most 'likes' and had the highest audience attendance at the concerts will win the opening slot.

The JazzReggae Festival has been a tradition on the UCLA campus for the past 26 years, celebrating music, art, culture and diversity. One of the largest student-run events in the United States, the festival is highly acclaimed in the Los Angeles community.

Campus Circle got the chance to talk to Lauren Gennawey, Cultural Affairs Commission Concert Series director, about the contest.

The first set of performances happened April 16, how was the show?

It was great! Three bands performed (Arianna & the Roomies, Free Food, India Carney), and the coffee house was absolutely packed. It was the fullest I've ever seen it for student band performances. The vibe was warm and friendly. Everybody was there to see their friends perform and see what the other bands had to offer. There was no tense competition vibe; rather, it was a bunch of students getting pumped for JazzReggae Fest.

What did you expect for the second set on April 23?

I had expected the same response as last week's show, and that's exactly what we got. It was a blast! This time we had a larger variety of music, so the show reached out to more people.

How are the contestants feeling about the opportunity to perform at JazzReggae?

The contestants are thrilled to have this opportunity! JazzReggae Festival is a very culturally important event, not just at UCLA, but nationally as well. Every year, 12,000 people come to JazzReggae Festival. It's an honor to be a part of it, and these students are excited to have the chance to share the stage with people like Shaggy and The Roots. Most of the contestants are friends, so no matter which band wins, the other bands will be in the crowd cheering them on on Jam Day.

Why did CAC decide to do this competition?

We wanted to make JazzReggae Festival more culturally relevant to UCLA than it has been in the past, since most people who attend the festival are coming from outside UCLA. By hosting this Battle of the Bands, we are allowing the student body to have a stronger presence in the festival. This is a beautiful thing for us; it allows us to really bring the festival back to its campus roots.