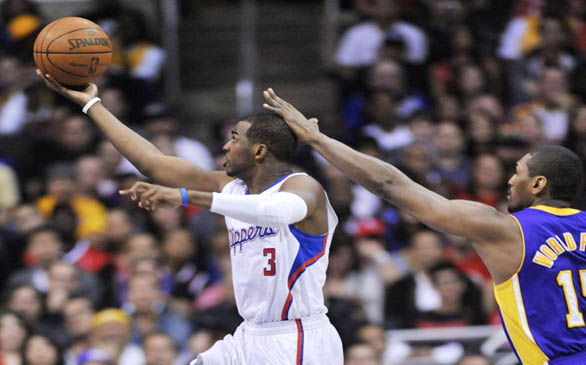 The Los Angeles Clippers turned their season around just in time, and point guard Chris Paul had a lot to do with that. As announced Friday, Paul has been named the NBA's Western Conference Player of the Month for April. Paul helped the Clippers to a 9-5 record and steered them to their first playoff berth since 2005-06. He averaged 20.7 points, ranking fourth in West while pacing the league with 3.0 spg and leading the conference with 9.9 apg. He engineered six double-doubles, seven 20-point games and three 30-point games.