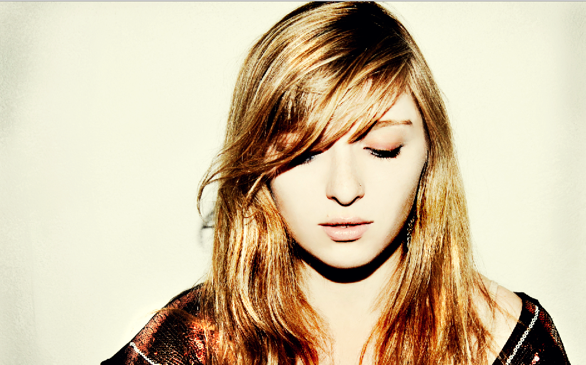 Kelsey Byrne is a multifaceted person. On one hand, there is the gal who seems cool and has this amazing flair for music; on the other hand, there is the shy recent college grad who worked hard to finish school early for fear of failure.

Byrne’s music is an enchanting combination of folk, rock and pop. The cool thing is that she doesn’t just sing: Byrne writes all of her own music and plays piano during live shows. She’s also working with some very respected names in the music industry to complete her next album.

By the age of 8 or 9, when most of us are still watching cartoons and having play dates, Byrne already began to play music with her father. When she was around 11 or 12 years old, she began to play the guitar.

Byrne laughs as she remembers that time: “Two songs were my mantra for four years, and I played those songs at every show: ‘Zombie’ by the Cranberries and ‘What’s Up’ by 4 Non-Blondes.”

Then Byrne describes a period when she was in an all-girl cover rock band during her teens. “We would play Green Day and the Donnas. None of us knew how to play drums; it was a very interesting time.”

Fast-forward to the future, and Byrne is a recent college grad with a degree in studio composition. She just happens to be working with Dan Romer, who has produced the esteemed Ingrid Michaelson.

“The first day we wrote four songs that we put on an E.P.” The process was described by Byrne as rapid, but with a goal, and once they found their “sound,” it was about replicating it.

She also recently flew across the country to work with Eric Rosse, the genius known for creatively aiding such artists as Sara Bareilles, Tori Amos, Anna Nalick and Matt Hires.

It’s safe to say that very few people have such life-changing opportunities.

Currently Byrne is pursuing a graduate degree in sociology and anthropology. So does this mean music been pushed to the side? Judging by the fact that she’s also signed to Danceaholic Records, it’s safe to assume that Byrne will handle multi-tasking just fine.

It seems as if this talented songstress has it all, but she admitted to a surprising fact: “Personally I am such a shy, introverted and quiet person. It plagues me horribly sometimes.”

How does such a shy person have a career in music? Byrne pours all of this fear and feeling into her writing and performing.

Helping to easer her fears is the fact that she keeps family and friends close by, working with them on her music.

“My cousin Matt plays guitar and is my partner in writing. Mike Garofalo, another cousin, plays bass, and an old friend, Dylan Depice is on the drums.”

There are many artists Byrne respects and listens to. Growing up, it was all about Nirvana and Pearl Jam. Now on her iPod is the new St. Vincent album, and she’s also a huge fan of Bon Iver and Death Cab for Cutie.

“Collaborations can be awkward because it can be a personal thing, but if I had to make a request, me and Zach Condon from Beirut would make the most epic album ever.”

Although Byrne has been a musician for years, it seems as if the buzz and the hype behind this talent is not the only thing that will move her forward. At the end of the day, nothing says more about a musician than their talent and how hard they work. Byrne has nothing to worry about; the music speaks for itself.