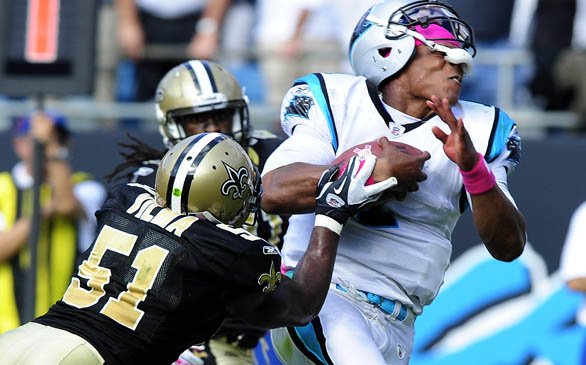 The NFL came down hard on the players who were involved with the bounty scandal of the New Orleans Saints. Current linebacker of the Saints Jonathan Vilma was hit with a one-year suspension, effective immediately and ending after the Super Bowl. In addition to Vilma, defensive tackle Anthony Hargrove (now with the Green Bay Packers) was suspended eight games, defensive Will Smith four games and linebacker Scott Fujita (now with the Cleveland Browns) three games. All suspensions are without pay.