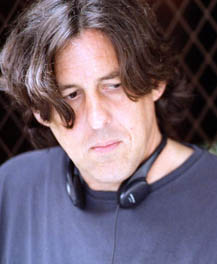 Cameron Crowe is not a shy person. Not on the big screen, anyway. He’s a man whose life story reads like a movie script. In his acclaimed, Oscar-winning Almost Famous, he thinly fictionalized his own teenage years as a precocious rock writer for Rolling Stone. In 1979, a 22-year-old Crowe went undercover at a Southern California high school and turned his experiences into a novel and screenplay, Fast Times at Ridgemont High. His most recent work, Elizabethtown, chronicles a semi-autobiographical journey home after his father’s death.

Yet, Cameron Crowe is a shy person. Across the table, anyway. Describing himself with humble aplomb, Crowe acknowledges the influence of his own life on his new film’s lead character Drew Baylor (Orlando Bloom), who travels home to Elizabethtown, Ky., after his father, a beloved man in the small town, passes.

"It was pretty openly personal, this character," Crowe says. "And what I wanted to do was put those personal experiences into the story of a character who is on a journey. But the earmarks of the character certainly came from my own life."

The question, of course, then arises: Where does the fictional character of Drew begin and the real-life Cameron end? Crowe notes that the basic story foundation of the film is where the greatest truths from his life find focus.

"It’s a tribute to my dad," Crowe says. "It’s set in the home state of Kentucky, it’s going to be rooted in the experiences that you know from having gone to Kentucky to deal with the funeral, from being walloped by the love of a family that looks sort of like you. But how do they know so much about you? Well, ‘This is your blood,’ says your cousin."

Much of the film’s humor, of course, also comes from personal experience. Crowe admits that his mother (a personage played by both Frances McDormand in Almost Famous and now Susan Sarandon), did in fact take stand-up comedy lessons in her grief over her husband’s passing. She also tried her hand at tap-dancing, a fact that Sarandon brings to the big screen during a decidedly unique eulogy.

No Cameron Crowe story, however, would be complete without a veritable cornucopia of music to power this introspective journey. A self-ascribed music fanatic, Crowe would often play music during takes to inspire and motivate his actors. Star Orlando Bloom says the music was helpful for his characterization, but he adds that for others, the free-flowing musical environment might be uncomfortable.

"[Crowe] uses music as a tool. And he’ll play a piece of music before you start a scene of dialogue. … It’s like, I just knew what he wanted," Bloom says, "and then he’ll blast it in the middle of a take and, suddenly, the text has this sense of irreverence. … I really responded to it because it made me feel like I could just throw stuff around, be brave and do different stuff, but for some people it might throw them."

But Crowe stands firm on his tunes. "For every time they say, ‘Please, I don’t need it,’ there is a time where it explodes with their performance and you’ll happily pay the price," he insists.

But ultimately, Crowe believes that the story, whether personal or fictive, takes precedence over music. "… What you never want to do is use it as a crutch, and never just slather a movie with it because you can and because it changes things and it’s cool, maybe, to hear cool music. I always try and use it to scratch at the deeper stuff."

In Elizabethtown, Crowe does scratch at the deeper stuff, reminding us that even in the tough times there is still hope. "Somehow, through a crisis," he says, "you are able to feel more alive by seeing the opportunity that comes from utter failure and disappointment." Amen.